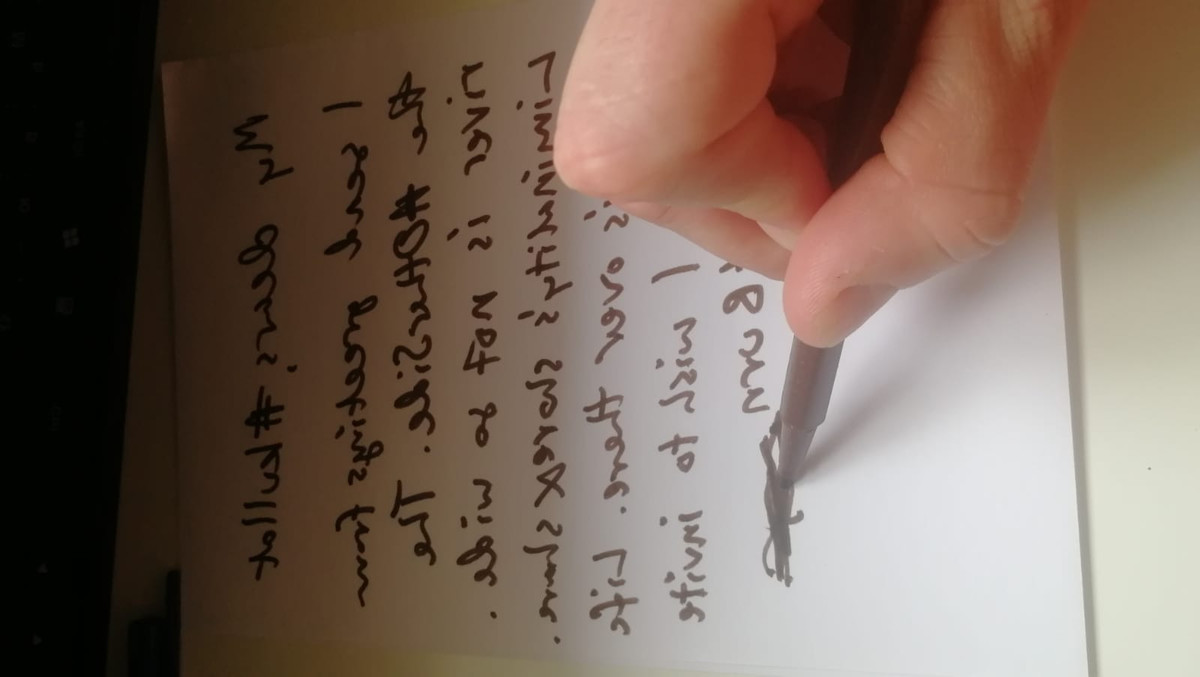 If you turn over the page it is unwritten and blank, or..
28 April 2020, Andrew Gryf Paterson

The ambition was to try and write an open open call for a transdisciplinary arts festival. One where the theme is laid out on the table, thrown into the air, catching the breeze of joy and discontent. Dropped in an ocean, opened at any page in a book. There is no edge to either side of the river referred to in the early part of the journey. There is no end. Only with life itself should we apply ourselves. That was my hope. I also acknowledge that an open call is a line of desire to follow, a request for labour, collaboration or play, of exposure and display, to be read, to be viewed. It exposes gaps, and it appears, mouths..

I was inspired by another festival that I applied to last year, which I was accepted, travelled and contributed to in Belarus. So my heart felt ambition began as a practitioner. That festival is called РАБОТАЙ БОЛЬШЕ! ОТДЫХАЙ БОЛЬШЕ! (WORK HARD! PLAY HARD!), that has taken place in Minsk since 2016. They describe themselves as “a collective self-organised platform dealing with the issues of knowledge production, cooperation, work, leisure, technology and acceleration through various performative, participatory and discursive formats. We initiated WHPH in 2016 to try inventing a space where it would be possible to discuss these subjects in unconventional ways and in a broader Eastern European perspective by inviting our friends and colleagues. This platform originated as a way to re-establish the notion of collective work in the professional fields of art, politics and technology, where it has been significantly damaged by social atomisation and liberal individualisation in post-soviet context since the ’90s.” So far, much to sympathize with from at least my own particularly-nuanced Pixel-ache-y perspective. Their open call last year, however, that caught my interest (other than something nice to do while visiting friends in Minsk), and the theme in 2019 was ‘Side Affects’ call for participation. However, the call was, in my imagination at least, more like the torn page of a draft novel, found slipped down the side of a bed in a care home.. Hyper-linked with keywords. The festival collective in Minsk invited the reader to respond to a text that left much to interpretation. It was about care and affect. It described a care scenario, one which drew you in, carefully but seductively. The ‘Side Affects’ open call rendered memories, for me, and worked a treat. It did actually create side-affects I didn’t expect, which took months to process.

By August, later in the summer, I had resolved to myself that I would try to write an open call for our next festival in Helsinki like that one I responded to in Minsk as an artist-organiser. The theme that emerged, of an inverted Burn-out, a sort of Burn-in, had been shortened to be just: Burn____

The gap was important, a hashtag was added, as well as the longer than usual underscore. According to the conceptual design expertise of our long-time Pixelache member Tuomo Tammenpää, as a communication and message, that others can be involved in, as a communication, the more space for filling out the line, for others’ imagination to fill in, the better. This follows my own understanding of poetics, whereby the particular and the universal meet on a shore somewhere, a liminal point of transmission and exchange. Or, to reference Wolfgang Iser (1926-2007), the German literary theorist, the reader is filling in the story from the gaps left in the narrative by the author. And as they follow and read words along a page or a website like this one, the reader's understanding of the text is adjusting, mutating, shaping, and forming an image, as they go along and down each line. Surprises pop out like events, or sheets that open potential new stories, new sources and Spring's anew. The implied reader is actually in collusion with the author(s) who have accumulated words on the page. In late February 2020, the festival venue for Pixelache 2021 Festival was confirmed to be a very public and popular library in Helsinki, Central Library Oodi. Hence, in the tradition of contextual agility, it is also no accident to have a literary, poetic-style invitation to take part and share in our festival.

My invite letter was actually conceived and drafted on the other side of the world, while visiting family in Aotearoa New Zealand, but was published on a threshold of geopolitical change that had—and still has—a major personal affect on bodies and their belonging in the world, well at least Europe. I was commended by a friend that I didn’t use that much spoken, written, hashtagged word, but performed and published the letter on that day all the same. I imagined that I would look back at the letter, and say, ‘that was when things were different’, when an imaginary line existed, which was crossed. But 20 days later, when the letter was updated, that line had moved already. Now almost 3 months later, the ‘Other Side’ feels-like and forms something different in my mind again.

Writing this text now, in the context of 6-7 weeks of COVID-19 shutdown in Helsinki, my fingers staccato on laptop keys sipping my second cup of coffee with soaked grinds between my teeth. I write: I haven’t touched another human body or skin for that length of time, I think. I feel it. The need to lean in, to uncover my mask. This sort of side affect. I confess that the last person I have deeply kissed was actually in Minsk on that same trip back in July 2019. It seems indulgent to tell this here in public, but.. Maybe that is where my line actually is still placed. We make many boundary lines, some to keep and some to cross over and respond to. Affect is accumulative, fluid and changing all the time.

‘A Letter Fae the Other Side’, hence, was my personal singularly-authored text, which was offered to an association of peers (and a wider group of people now). It is an open call made from accumulated statements and phrases that I had posted in our Pixelaching FB group with the hashtag #Burn____ *I used an asterisk to offer an alternative view or position that sat on the line that we may cross individually or collectively or apart. These statements amalgamated into the letter that is shared as part of the Festival communications, as something to consider and maybe respond to. Or the gaps of what is not mentioned. The unwritten, the turned-over tabula rasa of a blank page. This proved to be an interesting challenge for the graphic designer Wojtek Mejor, who, in conversation with Agnieszka Pokrywka, developed the graphic identity in April 2020 for the #Burn____ themed 2-year Pixelache process, pre-, during and post- Festival mode.

Furthermore, the letter was translated with effort into Finnish, Swedish and Russian. Gaps in understanding had to be signposted and flagged with comments in an online collaborative document. Thank you to all those involved in that challenging task, Kasper Salonen, Anastasia Artemeva and Johannes Jauhiainen. It was much appreciated also, that it was proof-read by second or third set of eyes: Kiitos Frida Stenbäck, Maria Förblom, спасибо Eva Naklyeava, Roman Osminkin, täck Jan Liesaho, Lasse Lampius! This effort of language translation and comprehension brings with it a return fold movement back to Pixelache roots, locality, but also outwards looking and inclusiveness. We gained more perspective and other authored views. Several words were debated at length, critically considered, and, indeed, one removed from the open call. I hope, as a result, it is still an open open call.

Pixelache Helsinki as a transdisciplinary platform for art, design, research and activism is striving—we are learning—to become a stage of diversity, and rather far (as a decision-making, cultural body or collective) from it’s origins almost 20 years ago. Although openness has always been an important feature, it was, arguably, a cultural or technologically-defined openness. But looking back at my first Pikseliähky flyers and programmes, Finnish and English--but also Swedish and French--languages were part of the association’s communications from the beginning. In recent years the amount of non-Finnish immigrants to Helsinki who are seen and known in the contemporary Finnish cultural scene has changed greatly over the time since Pixelache Festival started. While international voices, faces and perspectives have always been a feature of the then subtitled ‘Festival of Electronic Arts and Subcultures’ (2003-2011), we can truly say that internationalism and diversity is within our associational body, and we are richer and stronger for that. Our choice of festival venue, Central Library Oodi (and I am very thankful for it) is also a very public, municipal and socially democratic site, that caters to a very broad public in Finnish, Swedish & English, as well as other minority languages as best as they can. Significant languages to mention as being present on our streets and in our libraries are Russian, Sámi, Estonian, Somali, Kurdish, Turkish, Arabic, French, Spanish, Thai, Chinese, Japanese, Persian, Urdu, Swahili, Români, Vietnamese, among others. The list goes on. We endeavour this year at least for now with four, and hope to encourage and support at least a few more.

Words have affect. They complicate, and they are negotiated. They are ciphers for our selves among others. Meanings are made as they are put together, but there is still space between the lines, in the margins, between syllables and characters themselves. Tervetuloa, Välkommen, Welcome, добро пожаловать!