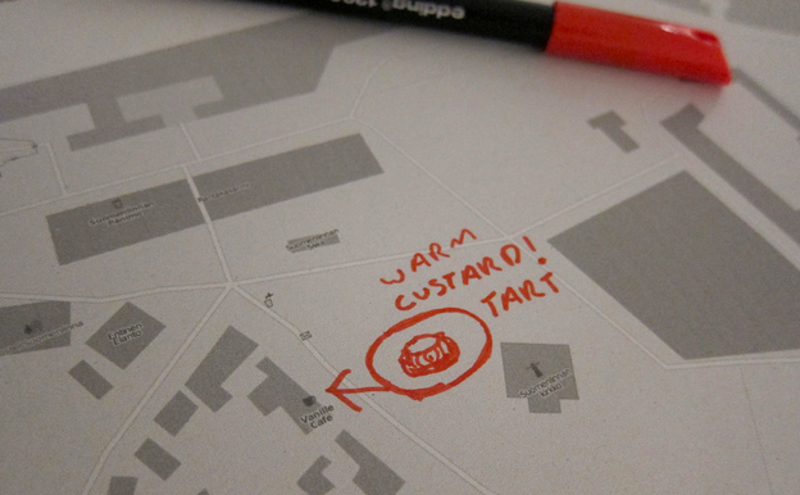 Uncovering the imaginary. Reflections on the development of a community-based art work on Suomenlinna
23 March 2011, John W. Fail

This year's Pixelache took place under the motto 'Hacking Suomenlinna' - a motto that might have been inspired by artist Christian Nold who has been invited to develop a project in the framework of Pixelache over the next year and decided to focus his interest on the island Suomenlinna. The following elaborates post elaborates reflections on the development of a community-based artwork on the island.

For those of you readers who live in Helsinki, it does not have to be explained, what Suomenlinna is, but for those like me, non-Finns, I will try to describe the place a bit. Suomenlinna is an island in the bay of Helsinki, a place of historic weight. In its long past it was under the sovereignty of the Russians, the Swedes and was finally given back to the Finnish. Visiting the island today, you can read its cultural past from buildings and what's left of them and you can sense that this place is a very special place. This is maybe due to its Disneyesque character -- the place is a world heritage site, a kind of open air museum and a green area (therefore a lot of effort and money, 14 million Euro, is going into maintenance and preservation) -- but maybe simply due to its contrast to the city.

Helsinki like so many big cities in Europe is characterized by an old centre, a modern fringe, high real estate prices, and a pulsating stream of traffic. In March: shades of amplified grey. The ferry that brings you to Suomenlinna already tells you that you are now entering a different time and space continuum. The further the ferry moves from the market square, the emptier the space around you, the calmer the movement, the quieter the surrounding. In winter, the ferry plows its way through the ice, producing a sound that is hard to describe.

And then you arrive on the island and you feel like you are in a better place, with (almost) no cars, wooden houses, a church that has been turned into a lighthouse, a fortress, a submarine, bridges, the sea all around you. Only at second glance you may see the 'real' people, like the ones who actually rent houses here, the marines who are based here since this is still a military base, and not to forget the prisoners who also live on the island on day release. And then there are the few artists staying on the island during their residency and those attached to the small art school and finally the visiting tourists, a few in winter and masses in summer (altogether about 800.000).

No wonder that the Suomenlinna residents somehow feel outnumbered and unwillingly drawn into a picturesque postcard image that the Helsinki authorities are trying to freeze -- which is truly a shame, because Suomenlinna has got the potential of a utopian place as vital place of experimentation and community life.

Now Christian Nold might 'hack' Suomenlinna in his way. The artist believes that local communities can be empowered by technology, the implementation of local systems and disclosure of structures. What struck him first about Suomenlinna was the diversity of groups on the island and the lack of communication among them. In response to this situation he began to investigate the possibility of an independent money system on the island, a currency like the Bijlmer Euro that he conceived for a neighborhood in Amsterdam last year. Such a currency could change economic and social exchange patterns and result in gains for the islanders who are facing an extreme increase of their rents over the next couple of years.

Whatever Christian is going to do eventually, the challenge for him as well as for any artist striving for sustainable effects rather than for short-term intervention is to fully understand the 'system' he is interfering with, in this case the island Suomenlinna and the forces behind the scenes as much as the various groups and communities.

The exercise of getting to know Suomenlinna started during Pixelache when Christian hosted two meetings to which he invited the residents in order to introduce himself and discuss his first rough ideas with them. At the fist meeting Chistian asked them to mark the most beautiful spots on blank maps of the island. Indeed there was a lot to learn about the island from the eight people who had shown up, such as where they grow their vegetables or where they meet each other. Or that a poisonous species of spiders from South America lives there. Quickly the maps were filled with drawings and annotations and people started to talk about their life on the island.

The second meeting took place some days later. It was organized as a regular Pixelache event, at which Christian would provide more insight to festival visitors and residents into his ideas for Suomenlinna, in particular the money project. Quickly an emotional debate evolved between the artist and one resident famous for his outspokenness and active involvement in the island's past and present. He pointed out that the people on Suomenlinna don't want to be put into the frozen image of a museum island, but that they want a living island, and that the residential community has arrived to a point at which it must decide whether it wants to become a real community. 'Any community,' writes Lars Gertenbach in the current issue of On Curating, 'is constituted as imaginary. Not only does it need to be capable of being experienced as a community and possessed of an external boundary that constitutes it as the specific community that it is in the first place, it also requires a notion of itself (albeit by no means always a conscious and considered one), an idea of its unity or its commonalities in the form of a quasi-image that also becomes manifest in its practices'.

Art and the imaginary - this does not seem to be an impossible match on Suomenlinna or elsewhere, but the question remains if art can foster the imaginary, the quasi-image, if it is not yet fully shared or if it still has to be evoked partially. Today communities are not defined anymore by sharing a geographical territory, a physical place. The Internet has enabled the emergence of strong and dispersed communities that are powerful and sustainable because they have organized themselves solely on the basis of a common idea, a shared passion, whereas the choice of place of residence is influenced by so many external factors, that it may be much harder to develop the idea of a local community together.

One thing that may unite the people living on Suomenlinna though is the force that impedes their lives. Because whatever happens on the island is rigidly controlled by the Helsinki ministry, up to the point where residents are not allowed to plant tree or to compost. Whilst the one resident stipulated that Christian's artistic intervention should first and foremost generate benefits for the residential community, he doubted the practical effect of a local money system. At the end of the meeting other economic interventions were brought up briefly, such as an organic food store, a food cooperative and a home stay system. Also Suomenlinna's historic relationship to the neighboring Baltic countries as well as its links to even the farther east, the orient, were mentioned.

To me as an observer these first steps toward some community-based art project were telling in many ways. What certainly did not come as a surprise to Christian who for years has been dealing with people's real lives and emotions is that you have to know the 'system' very well that you want to generate an effect on/in. This means literally talking to people, gathering information of all sorts, looking into the place's nervous and blood system, and even further down into the cellular structure. It's a long and thorough process which request involvement of the artist on an almost personal level and definitely good communication skills and at whose end Christian might uncover the imaginary that has the power to connect not only the residents, but all people that come to and live on the island.

This book documents and reflects on a long-term Pixelache project called Suomenlinna Money Lab, that tried to create an experimental local currency for the small island of Suomenlinna in Helsinki. It looks at the particular challenges faced by the project, as well as the broader topics of participatory practices and money as a social & material medium through a series of essays. The book is composed of the multiple voices of artist Christian Nold, curator Susanne Jaschko and Nathalie Aubret from Pixelache. > Autopsy of an Island Currency will be launched and presented at Camp...
Read more
Post: Hot and Cold Debt - Citizens and the Global Economic Crisis 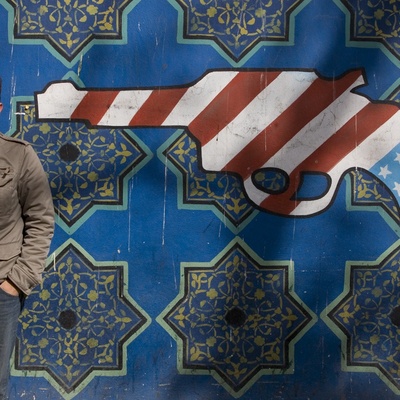 Pixelache Helsinki and HIAP-Talks series present: 'Hot and Cold Debt - Citizens and the Global Economic Crisis'. This screening and discussion event will follow the screening of the documentary Debtocracy by Aris Chatzistefanou & Katerina Kitidi, as part of Lens Politica festival on Friday 18 November (read more about film below). Director Aris Chatzistefanou will be present for discussion with researcher Teppo Eskelinen. How is debt born and how does it affect the everyday lives of citizens? Does the Euro have a future? And what is the role and responsibility of journalists in...
Read more
Post: 'Autopsy of an Island Currency' Book Launch #2 and workshops