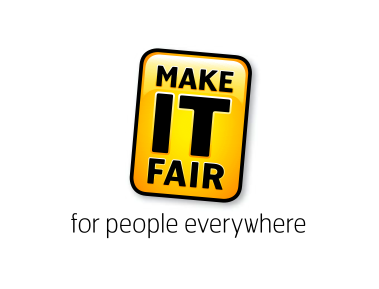 Mining in Congo
17 October 2010, Juha Huuskonen
A couple of months ago I wrote about the new law related to mining in the conflict areas of Democratic Republic of the Congo (DRC). The minerals from these mines are important for various consumer electronics companies (Apple, Dell, HP, Intel, Nokia, etc.)

Swedwatch and Finnwatch have just released a new report about the effects that this law and other similar measures seem to have. Here are some quotes from the report:

"A lot of attention has been given to the fact that we all, as consumers purchasing personal electronic devices, are linked to the conflict in Eastern DRC. Many argue that we must demand that companies stop buying conflict minerals and so cut off  the funding of armed groups. Skeptics of the idea that ending the trade will stop the violence say it will only hurt an already extremely weak economy and make the local population suffer even more. They underline the fact that more than two-thirds of the revenue of a province like North Kivu is from mineral exports. Even though none of the NGOs or the legal initiatives actually promote an embargo in the sense of ending the mineral trade from the whole of Eastern DRC or even the whole of the DRC, many point out that it is likely to be the effect, especially before initiatives for a trustworthy certification schemes are in place. The local research-based Pole Institute is of the opinion that the dilemma becomes even greater when the mining industry is criminalized without offering an economic alternative to a possible boycott of these minerals."

"One important question is whether it is actually possible today to source ‘conflict-free’ minerals from Eastern DRC. There are varying degrees of involvement from armed groups, just like there are also varying degrees of legality. IPIS estimates that for the time being is that there is not a single mine in Eastern DRC where there are no security problems at all. In other words, if there are very strict requirements regarding taxes to armed groups and no involvement of armed groups in the mineral trade at all, at the moment, it means it is not possible to source minerals from Eastern DRC at all. This is an option that Karen Hayes foresees could lead to more insecurity in the region: “Potential exclusion of mines from the traceability system with resulting loss of their legitimate market could have major impacts. This could leave mines with the options of (a) closure – resulting in loss of livelihoods, migration forced by economic need, new resource confl icts as miners try to find new sites, new debt as new sites are developed, etc; (b) continued mining and trading but with only illegal actors or buyers who are unscrupulous about their sourcing; (c) a move away from the restrictive tin/tantalum/wolframite market towards the more lucrative and secretive gold mines and markets where traceability is a huge challenge.”"

"Although most of the interviewees were pleased with the fact that the three main parties in the debate on mineral resource exploitation in Eastern DRC – the Congolese authorities, private companies and civil society groups – were finally talking about solutions to the problems of conflict minerals and illicit mineral trafficking, there was some resentment about the fact that policy makers seemed to pay almost no attention to the socio-cultural context in which mining activities take place. A recurrent criticism of policy makers at the national and international level was that the latter seem to care more about the reputation of foreign companies interested in buying Congolese minerals than in the well-being of the people living and working in and around the mines. There was a widespread feeling that it was high time to tackle problems such as the use of physical violence, the establishment of predatory taxation systems, and the creation of illicit trade monopolies by military actors. In addition to this, it was also felt that policy makers need to do something about other mining related issues such as land rights, forced labour and sexual violence against women, that had only received scant attention."