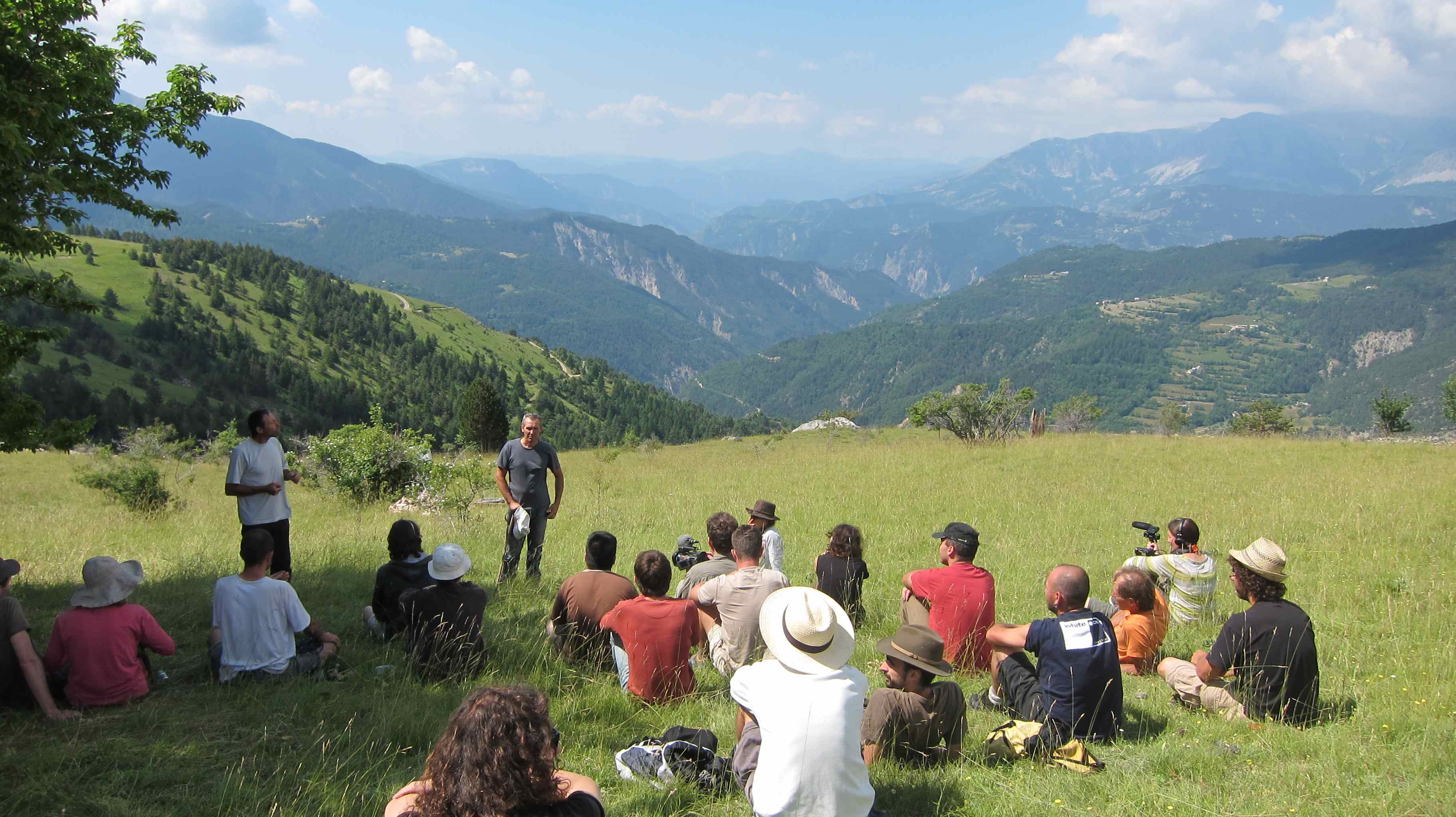 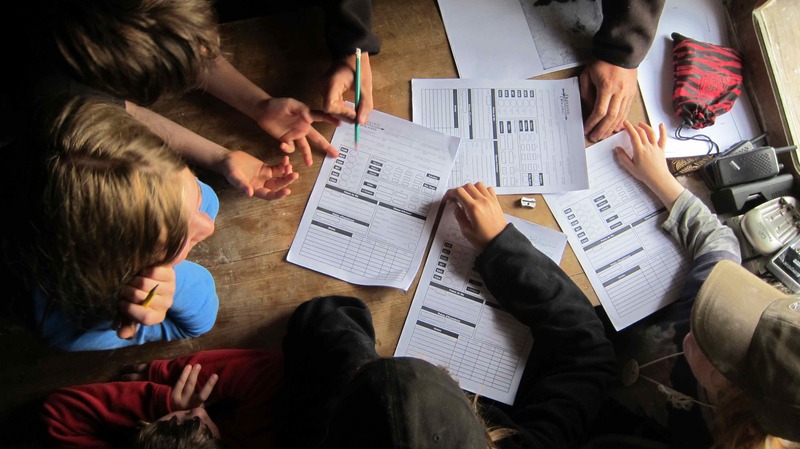 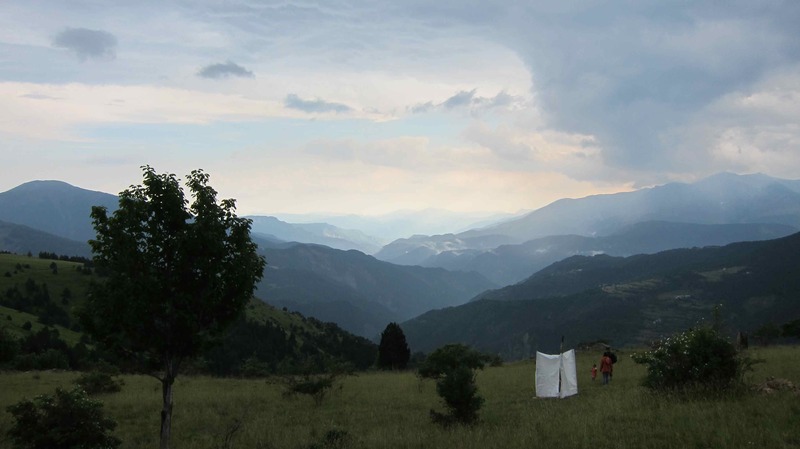 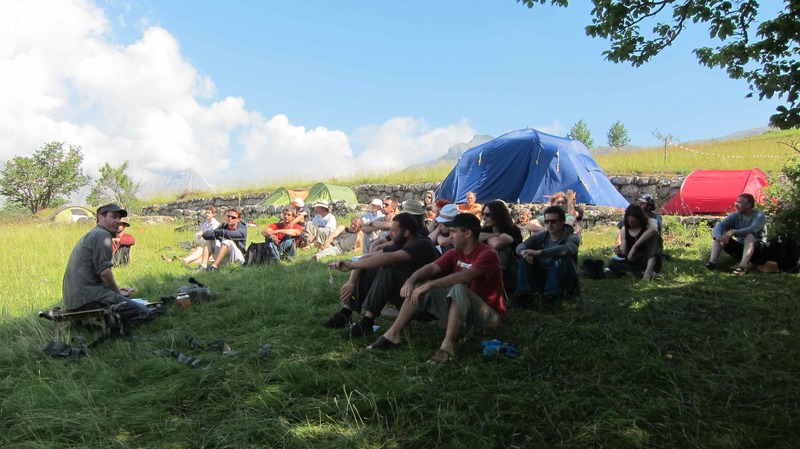 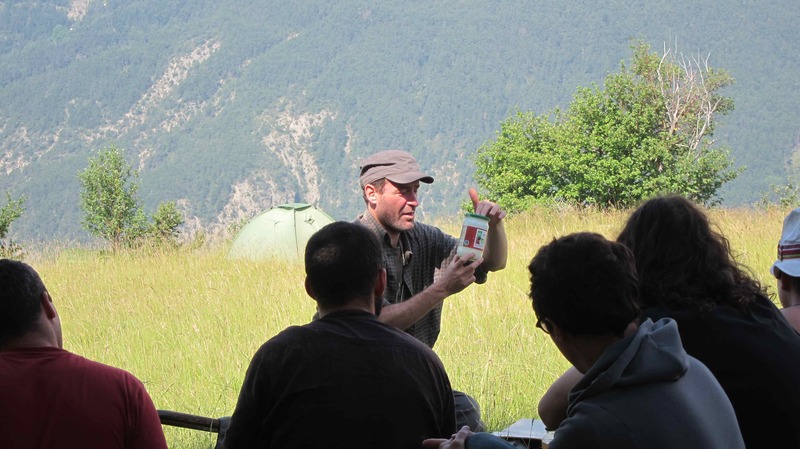 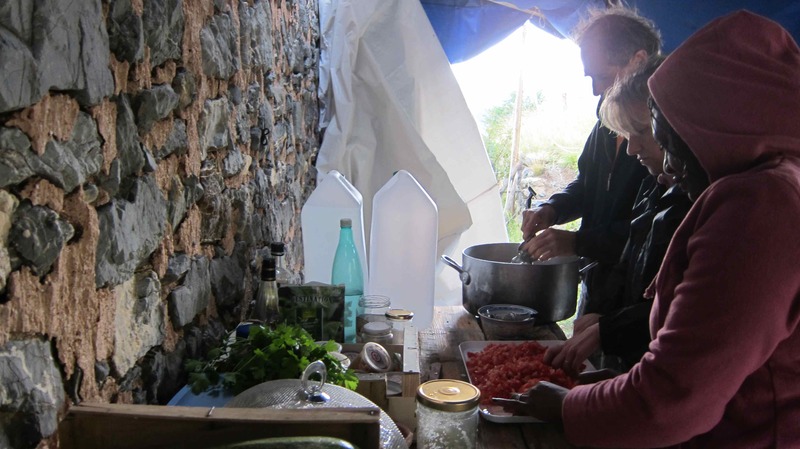 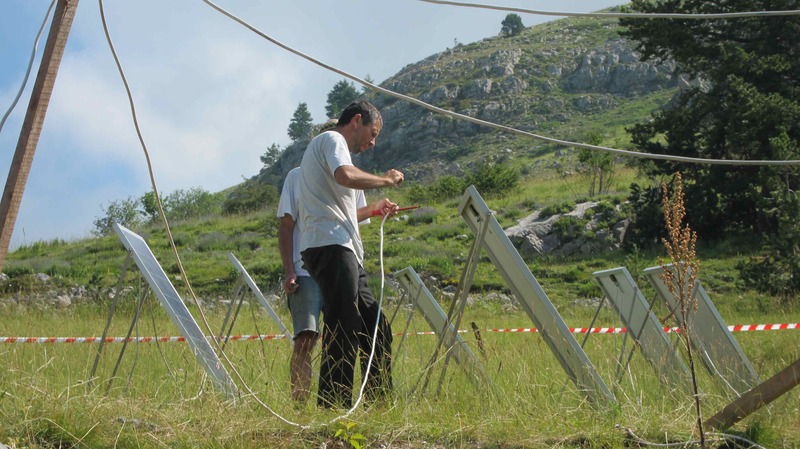 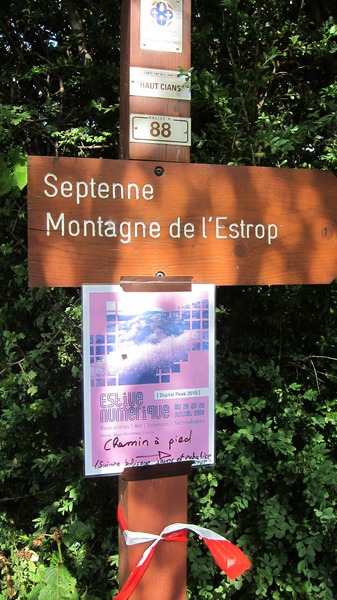 Estive Numérique / Digital Peak - Interview of Jean-Noël Montagné
22 September 2010, Nathalie Aubret
During the month of July 2010, Jean Noel Montagné (Association Art Sensitif, Nice, France) in collaboration with Tmplab & the Hacker Space festival (Vitry, France) and together with a large group of volunteers, organised the first edition of Estive Numérique / Digital Peak in a remote location high up in the Alpes. The main themes of the programme's workshops and conferences were autonomy, self-sufficiency in the digital age, heritage and development, digital artesans and DIY industry, digital democracy, energy & environnement.

Click here to see the exclusive interview of Jean-Noël Montagné about the event.

Interview in video (only in French): here
Here below is the English translation of the video interview.

Where did the whole idea of organising an event in a remote location up in the mountain came from?

First one has to love the mountain! And it seemed an interesting context to explore themes that were pre-existing to the choice of the location, such as autonomy, self-sufficiency and different forms of degrowth developments, in relation to nature and the protection the environment, to climate change, to the energy, economical and political crisis. In this land locked valley, people have lived in autonomy for hundreds of years. The roads that were built at the beginning of the 20th century changed things a bit, but here people have planned their agricultural and breeding future. They have a way of managing resources that always include forecast of the future. Currently the forecast of the future is totally forgotten in the media. There seems to be little interest in the fact that oil will costs twice or three times more in a few years, that climate is degrading, that water and food are major issues for the whole world. We can predict all this, we have statistics, but it is not part of the political agenda. 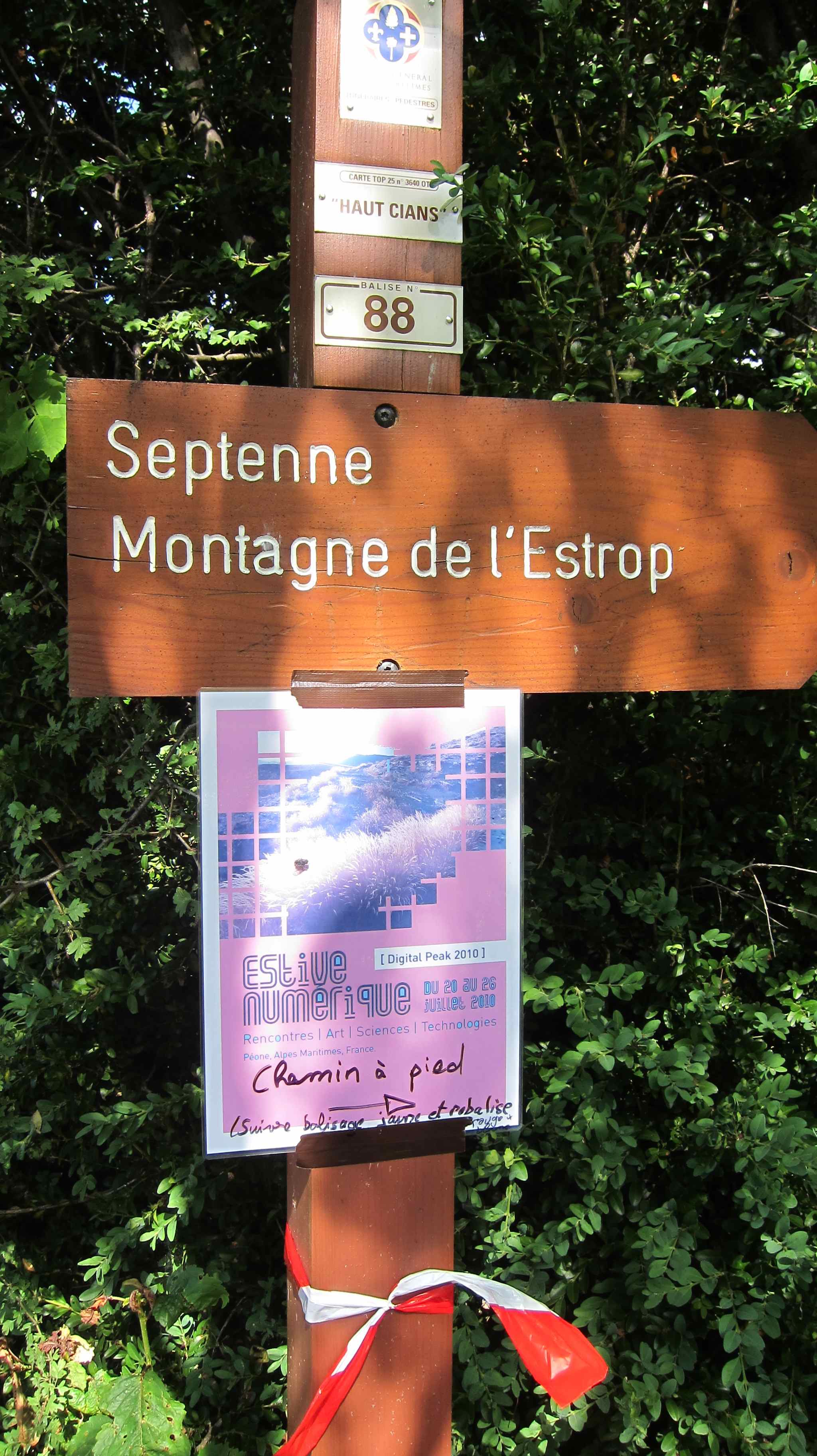 One of the goals of this event is the development of specific tools, can you give a few examples?

The goal is to bring together people to speak about technology in the middle of nature (people who are used to being stuck in front of their computer), and to reflect on projects related to society, to the environment and to a form of digital craftsmanship. A digital craftsmanship conceived as a sort of distributed industry developed by local communities themselves, who would have their own tools and live in autonomy. The projects of the participating hackers, "bricoleurs", scientists and researchers, range from mountain wireless networks using a meshing system with access points powered by solar energy, to ferments and bacteria for food conservation processes, to digital tools to support farmers and breeders in re-using for production currently unused mountain land that could sustain a lot of people. 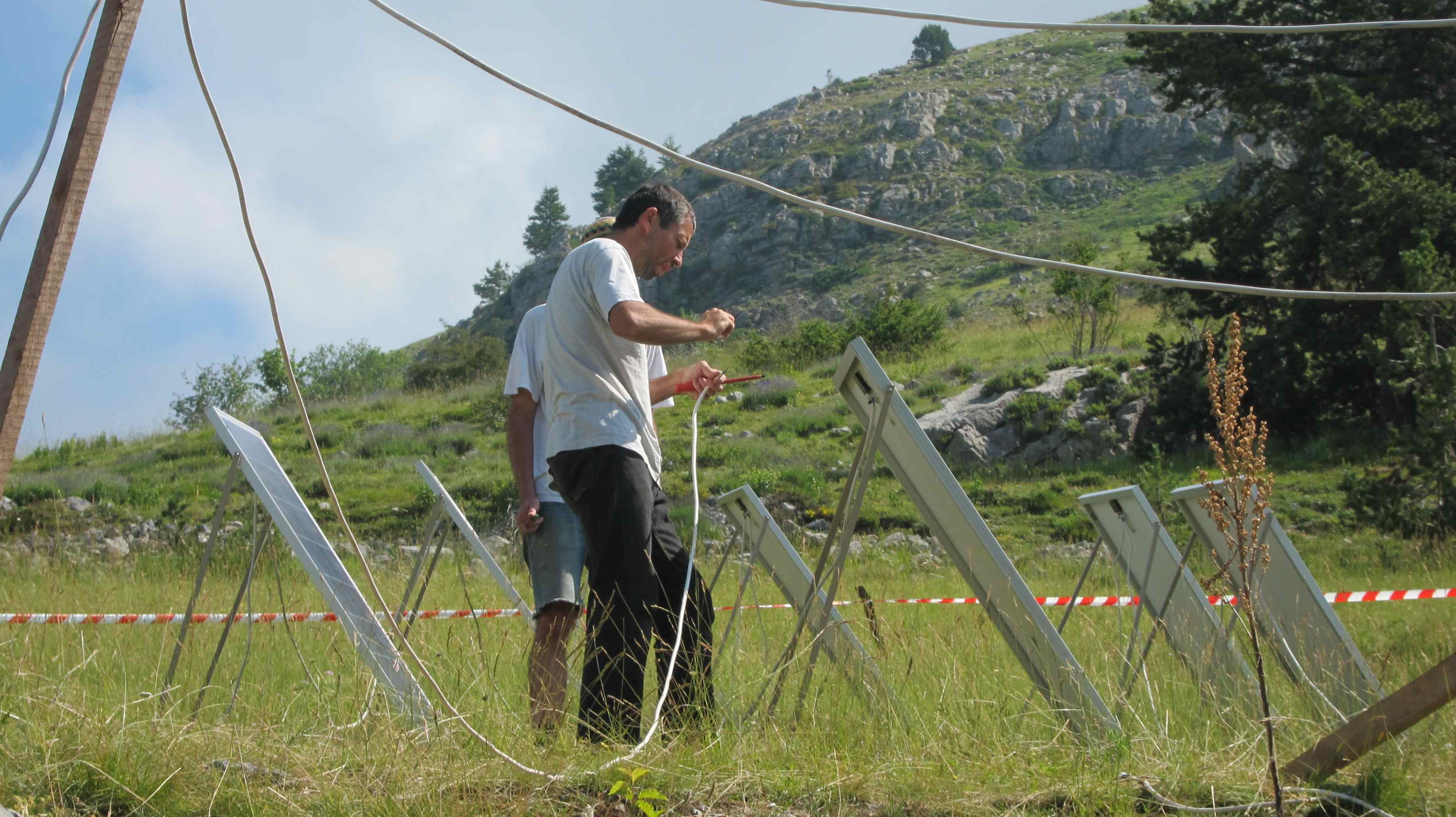 Could you talk about the production of such an event, what are the needs and constraints to be taken into account?

It is quite complex. Our house is 1800m high, with no running water nor electricity or proper access road. The number of participants during the week will vary between 60 and 120. They need to be fed on spot. That requires a whole kitchen infrastructure and food has to be carried up on people's back. It takes 3 hours return to get the nearest place for proper food shopping, so we need to be autonomous the whole week. Regarding electricity and connection to the network...We have solar panels, with storage on battery and direct consumption of photovoltaic energy. And we have set up a 2 km wireless network to the next village. One of the inhabitants allowed us to use his ADSL access. We have installed an antenna onto his roof and created a directional beam up to here, and it works very well. It's complicated in terms of infrastructure but also in terms of the social organisation of the camp. We didn't have an existing kitchen or a place for washing dishes, so we had to build everything. And that requires the contribution of everybody. That is what is the most difficult, for people are less and less used to community life, to taking care of even small collective house chores. So the main organisational problem is of human nature. 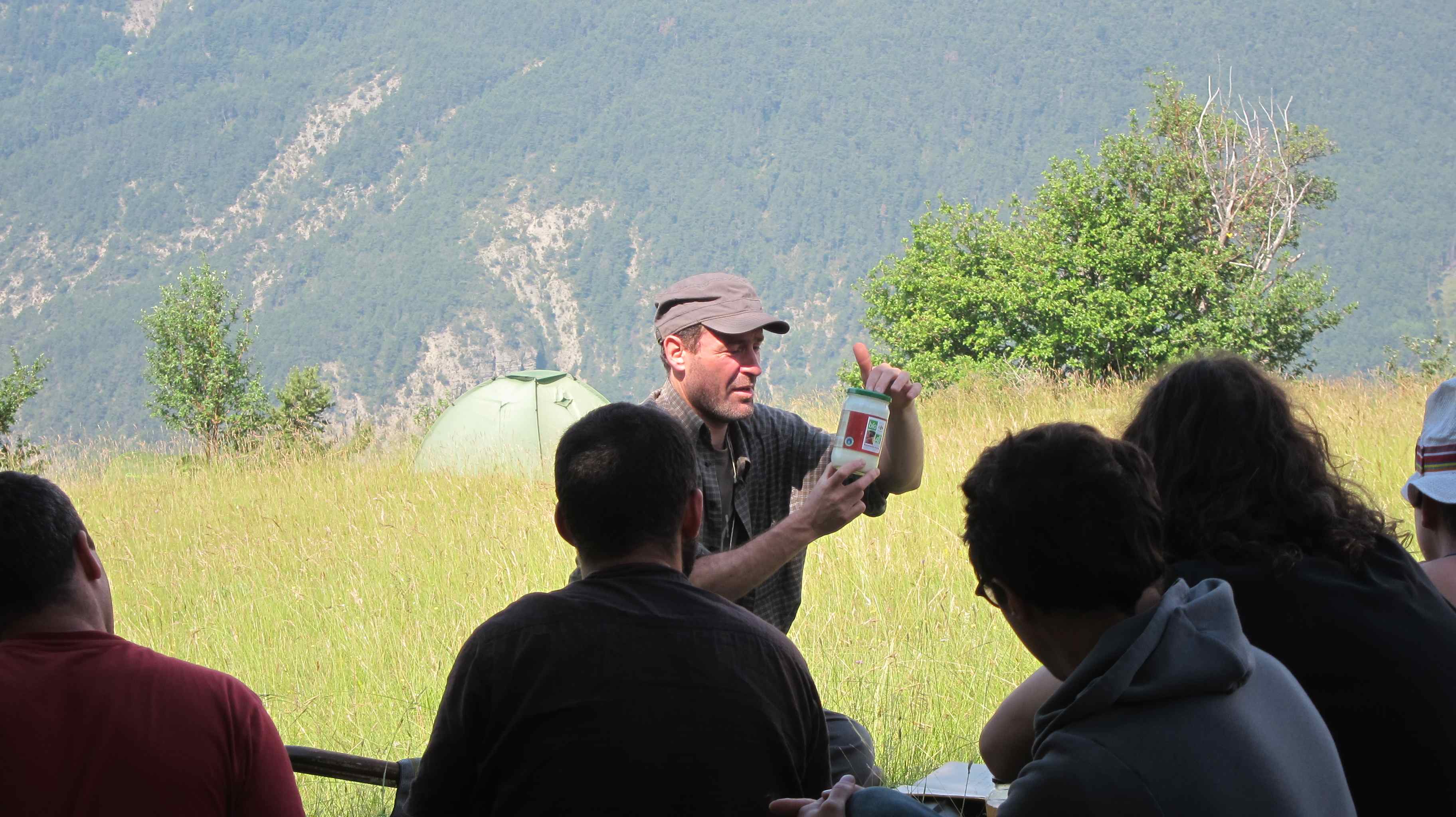 Could you talk about the way this event is financed?

We have chosen to do it without any financial support or sponsors. We just asked the permission from the village's administration to camp on their terrain. The rest of the land that we're using belongs to a private owner (myself). In addition, we were donated or lent (don't know yet!) a 300m hose for water supply of the camp. 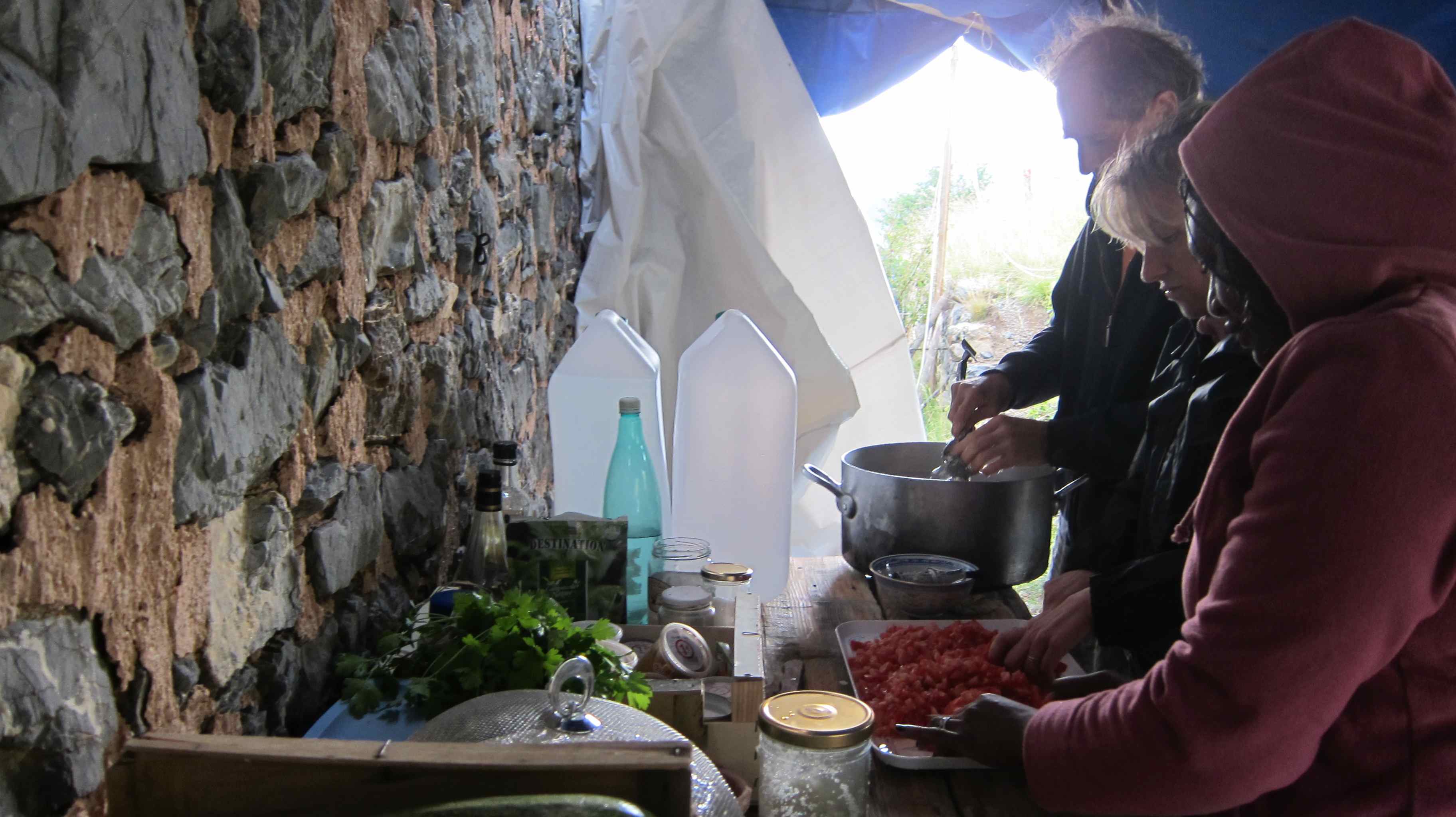 Are you planning to do another edition of this event?

This will be a unique event. It's important to preserve the tranquility of these pastures. In addition, a 5-day conference requires 10 days of preparation on spot in advance of the event, and that is a huge workload. But it might be that this will continue in a neighbouring village. The mayor of this place would be interested to support the organisation of a similar event in his village. 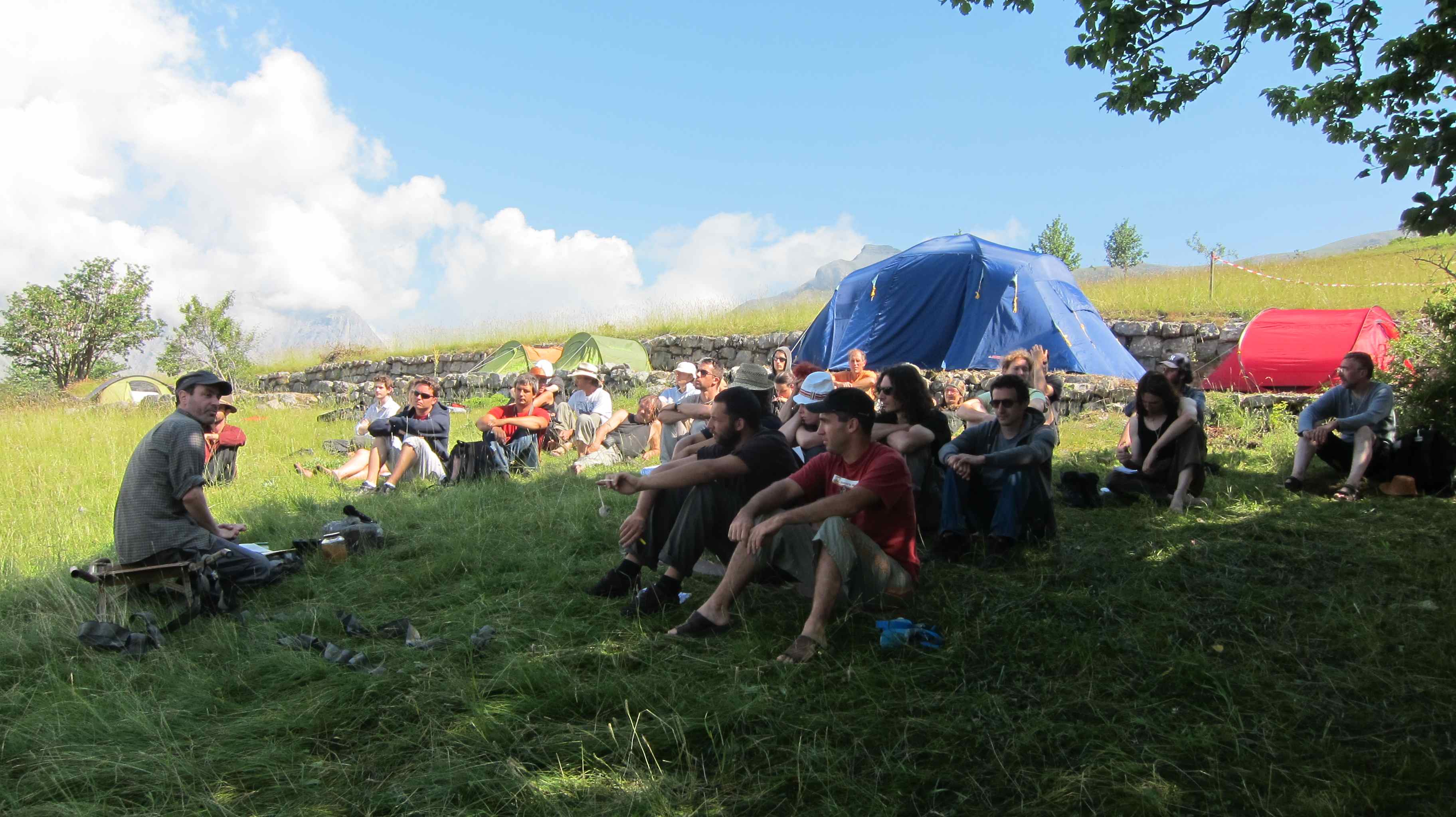 There seems to be a substantial amount of similar events in France and beyond this summer, what do you think of this phenomenon?

First I think that due to bad weather conditions this winter in the North of Europe, people were stuck in front of their computers for hours and they longed for a bit of greener sceneries. In addition, people from the electronic art, hacking, independent scientific scenes are increasingly aware of environmental issues. Ideas of self-sufficiency and autonomy have emerged, like for instance the idea that instead of getting your tomatoes from Holland or Spain you could try to grow them yourself, by your window or in a shared or private garden...

Interview Part 2: ... And after the event 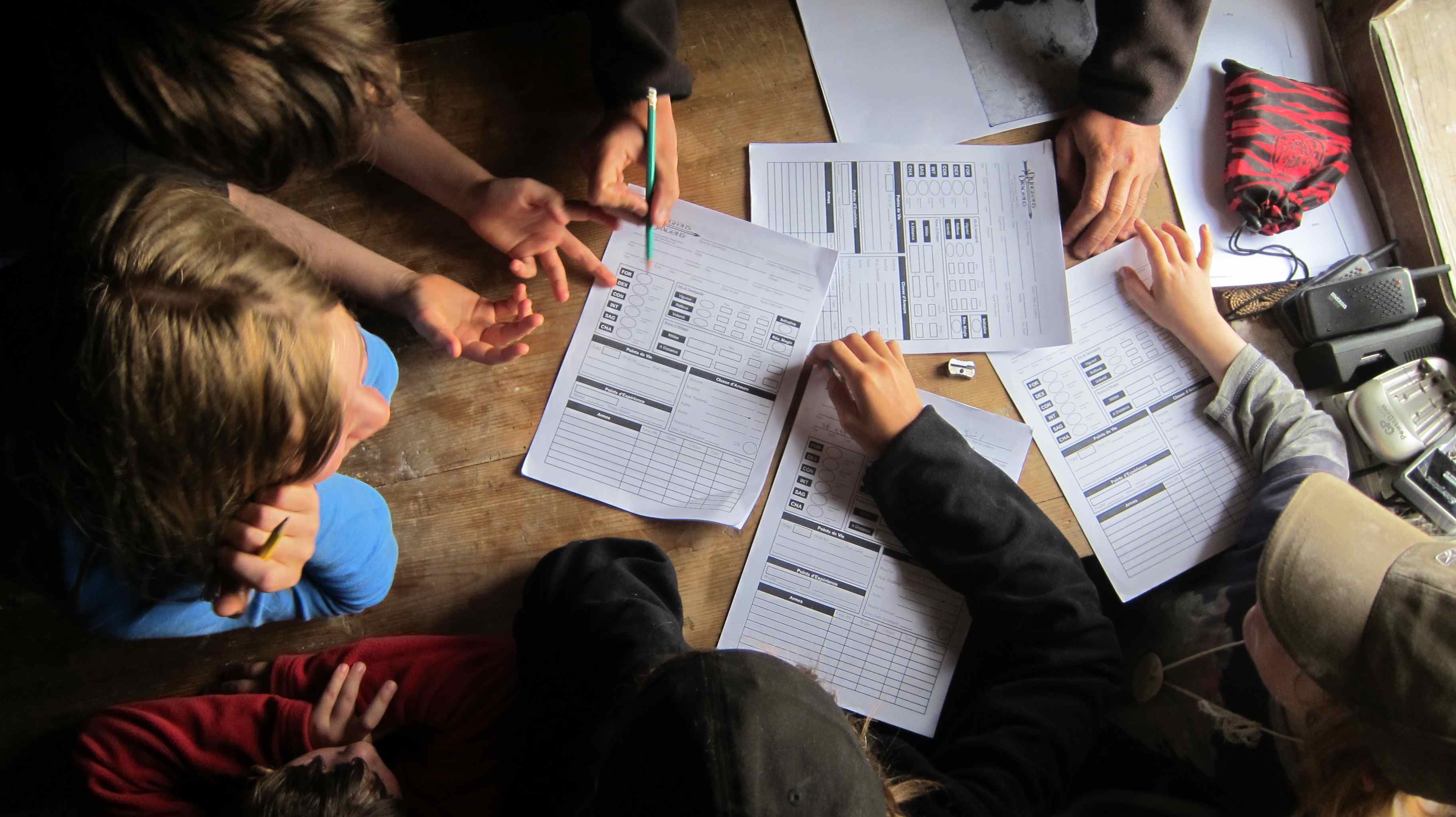 How do you see the impact of Estive Numérique?

I think it will have an effect on the long term. Some people living in cities had never really encountered nature this way and I think it has changed their perception of the environment. Others are planning to organise another "Estive" next year. The idea has spread fast and is already on track. Hackerspace Toulouse would be interested to organise an event in the Pyrénées.
Estive Numérique gave way to various encounters, through this tech-art-rural-mountain-nature-hack mix and the mountain helped to blur certain borders and to focus on essential things. That was one of the main objectives.... 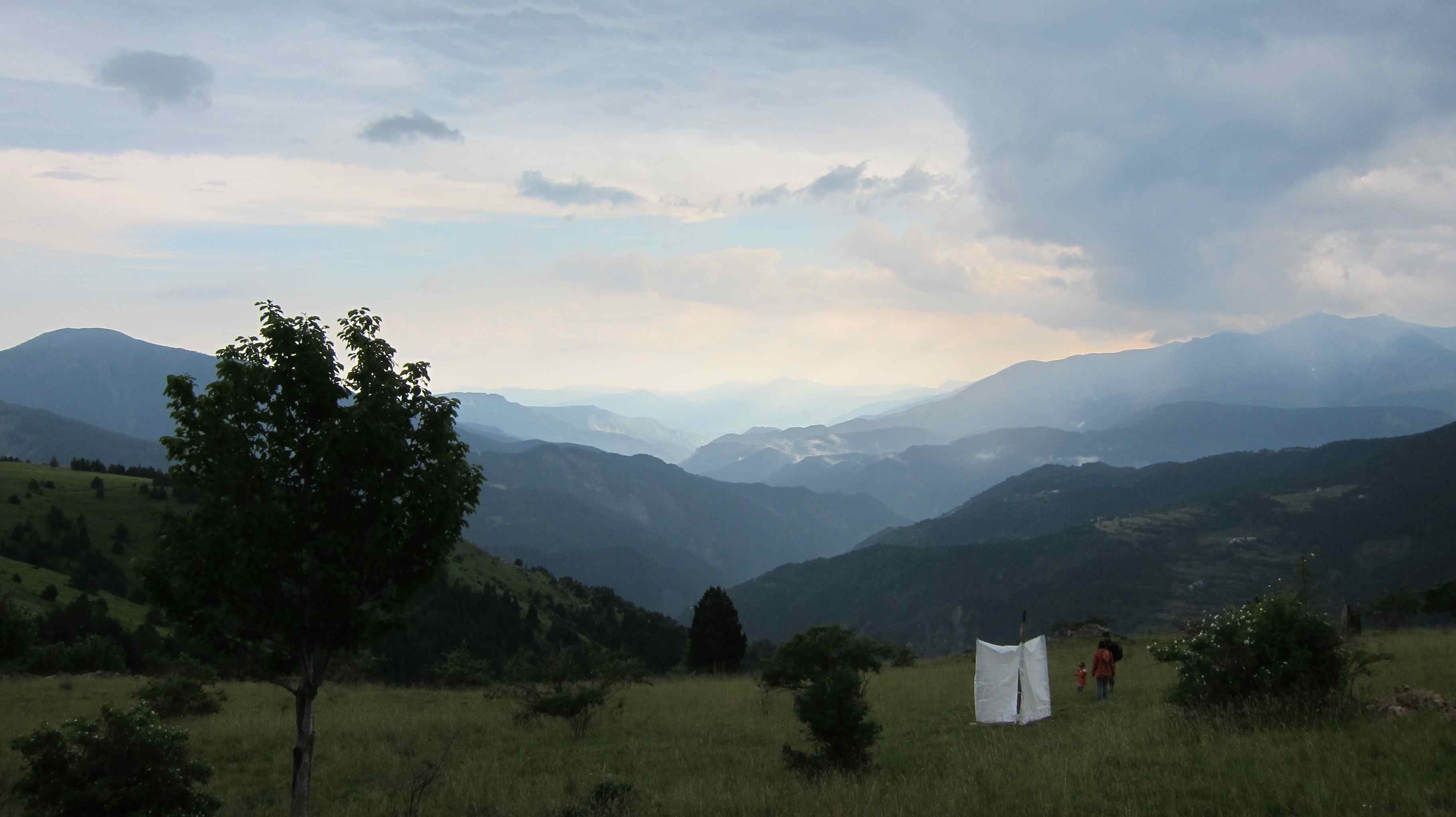 How will the tools that you started working on during Estive be developed further in the future and by what means?

That's the unknown part. Those who will stay in touch will perhaps start developing projects together. For my part, I will communicate via traditional hackers channels on the projects launched in the area of hack-rural-agro-pastoral and this will open up more political and social than technological perspectives.