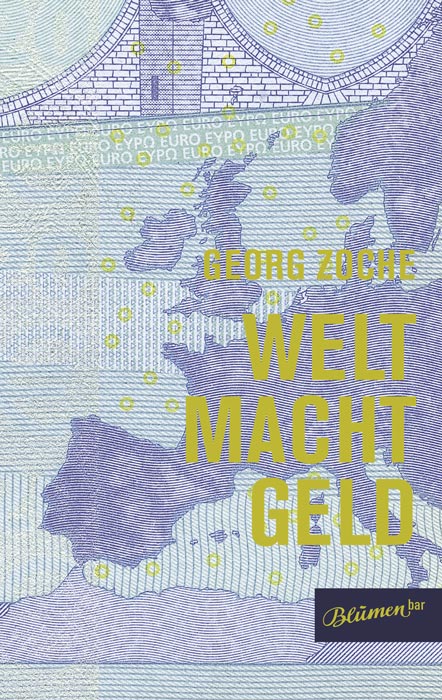 Brioni Summit of Micronations - preview
02 May 2010, Juha Huuskonen
Tomorrow on Monday there is chance to see some interesting presentations on Micronations and global economics.

Among the presenters is Georg Zoche from Transnational Republic, who will introduce his new book Weld Macht Geld. The book documents the events that took place in Bretton Woods conference, focusing on the not widely known fact that United Stated used some dirty tricks to establish US dollar as the key world currency. The book also explains an alternative proposal formulated by Keynes which was based on creating a new global currency. These topics are very relevant today, since after the crash there has been talk about a need for a Bretton Woods type of conference and a shift for a new global currency... And here in Finland we just got the news that Finland should lend 1.7 billion euro for Greece, as a part of the efforts of European Union to save the economy of Greece (and the euro currency) from sinking. This will definitely cause some heated debate here during next weeks, and hopefully people will be motivated to learn a bit more about global currencies.

The Brioni Summit of Micronations on Monday 3rd of May, 6 pm at Dubrovnik, Eerikinkatu 11, Helsinki

More information below and at www.ykon.org.

YKON welcomes you to an evening introducing the preliminary plans for the Summit of Micronations and Utopian thinkers, which will take place at Brioni Islands (Croatia) in 2013. The evening includes presentations of the co-organisers of the Summit: Drugo More and Electra.

Special guest Georg Zoche - co-founder of Transnational Republic - will present his latest book "WORLD-POWER-MONEY" tackling the systemic relationship between currencies, political power, war and crisis. Zoche furthermore offers a perspective on the question: What could replace the US-dollar after its apparent decline as world key currency?

DRUGO MORE - THE OTHER SEA / www.drugo-more.hr
Drugo more is a non profit organisation based in Rijeka, Croatia. Founded in 1999, Drugo More integrates art, culture, theory and policy actions in the local context of the Adriatic region. The organization develops alternative visions and models for the cultural development of the region.

Lina Dzuverovic is the co-founder and Director of Electra. Formerly Lina was New Media Curator at London's ICA; prior to this she worked for The Wire magazine, Mute magazine and The Lux Centre.

Irene Revell works as curator and producer at Electra. Previously she worked and volunteered for small music charities Share Music and COMA (Contemporary Music-Making for Amateurs), and has a background in the DIY music scene, promoting gigs and festivals such as the Bring Yourself Fest.

Georg Zoche is co-founder of the First Transnational Republic. Within this project his attention was brought to the question of currencies: What is the political role of currencies within globalisation? In which way do nation states use their currencies as political tools to exercise power?  The astonishing findings to the questions mentioned above were published in book form in 2009 as "Welt-Macht-Geld". (World-Power-Money)

Exciting, entertaining and knowledgeable this book deals about the power of money. Zoche is reporting unheard-of facts and wouldn't his book be loaded with some 300 references to supporting documents, one would be tempted to take it for a fantastic fairy tale:
* 1944, during the Bretton Woods conference, the US clandestinely changed the wording of the conference documents, thus rendering the US-dollar world key currency and the US world super power. When Great Britain called foul and protested against this fraud, it was coerced by the USA under enormous pressure to  the ratification of the agreement.
* During the past six decades, the USA took advantage of the privileged role of their currency, financing their political interests e.g. the wars in Vietnam and Iraq by externalising their costs on the rest of the world.
* To finance the war in Iraq, the Federal Reserve deliberately chose the hazardous gamble of fueling a housing boom  thereby pushing the world into the biggest financial crisis of all times.

But Zoche not only explains the coherence between war and crisis, illuminating where and how the money disappeared. His book also offers a perspective on the question that is now coming to the forefront: What could replace the US-dollar after its apparent decline as world key currency? Reading about the British plan which was defeated in 1944,  even die-hard economists will be flabbergasted: Keynes had envisioned a world economy free of interest, with a new global currency based on barter (instead of credit), thereby maintaining the equilibrium between the nation states.