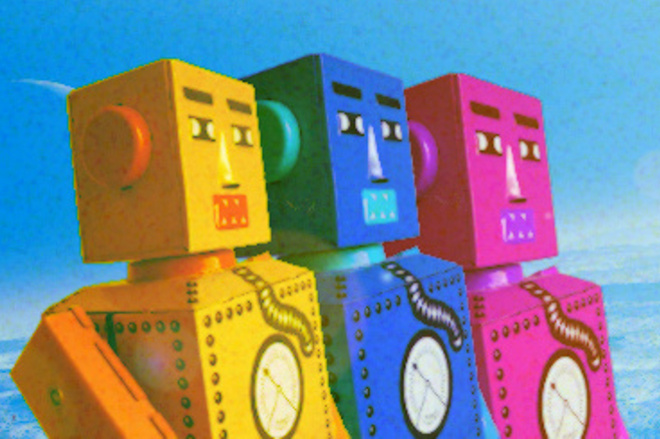 Naked on Pluto is an open source, multiplayer online facebook game which serves as the focus for a wider examination of online privacy via a blog, interviews, public events and lectures. The project was developed during a shared residency at NIMk, BALTAN Laboratories and Piksel, between June and November 2010, by Dave Griffiths, Aymeric Mansoux and Marloes de Valk.

The project recently won the VIDA 13.2 Award. The Art and Artificial Life International Awards created by Fundación Telefónica in 1999, and has since become a worldwide reference for artistic research on artificial life.

Come to find out more why from one of the project's creators, Dave Griffiths, whom we have the privilege to host as the closing presentation of this year's Pixelversity programme (he also opened it;).

Of all the cluster-themes next year, this one is the only online-based activity, although there will be chance to gather offline occasionally too. (Can turn up virtually? - Let us know in advance which way and we try to hook you up) .. So welcome to join this introduction session to contribute to plans and ambitions for next year, and help to shape the agenda.. Maybe also you know people outside of the Gulf of Finland region who would like to get involved?

More about Naked on Pluto

The game explores the limits and nature of social networks from within, slowly pushing the boundaries of what is tolerated by the companies that own them, carefully documenting this process as we go. We use the story of Elizabeth Magie's Landlord's game (the precursor to Monopoly made in 1903) as inspiration for games as explorations of political issues. Instead of tenant's rights however, we combine story and play in an investigation of our exposure on social networks, and an examination of how our data is being used.
Issues discussed in some way:

* Online privacy, real issues vs media fluff.
* Loss of control with centrally managed platforms (cloud computing).
* Problems with deeply encoded assumptions of social relationships in closed API's.
* Art games, political games - a way to explore an issue by playing with it, taking on different roles.
* Collecting player's opinions about an issue as part of the game.

You can read more about its development here: http://pluto.kuri.mu

He was born in Birkenhead, England, and studied English Literature and Sociology (with Computer Science) at the University of Keele, Staffordshire. He subsequently worked in London as a community artist; edited Another Standard, the UK community arts magazine; a cultural consultant; an Apple Macintosh trainer; a freelance programmer; and a lecturer in interactive media.

He moved to Finland in 1998, where he worked as a web designer and programmer during the first internet bubble. His recent research projects include Marinetta Marinetta Ombro, Arcada's learning laboratory for online pedagogy and synthetic culture; the development of the Memi, a lifelong online learning space; and Snowcastle Valley, a virtual world for ten year olds.

In 2007, he received a master's degree in epedagogy from the University of Art and Design, Helsinki. He is currently currently completing his doctoral research in the art education department at Aalto University.

He is the author of Community, Art and the State, and Digital Creativity. He co-authored Another Standard: culture & democracy, and The Creative Bits; and has contributed to several more books. His latest published works are a chapter entitled Sexton Blake and the Virtual Culture of Rosario: a biji in the book Mashup Cultures, edited by Stefan Sonvilla-Weiss (SpringerWienNewYork, 2010) and Marinetta Ombro: a culture not a classroom in Transforming Virtual World Learning, edited by Randy Hinrichs and Charles Wankel (EmeraldInsight, 2011).

He is online at www.owenkelly.net 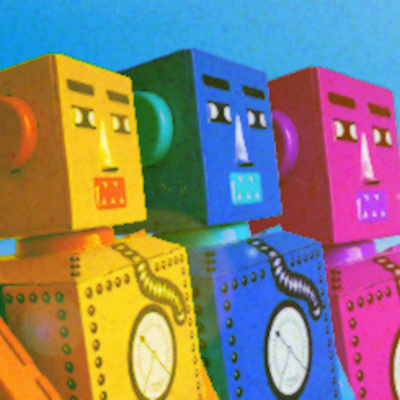 Join us next week for the closing presentation of Pixelversity 2011 on Wednesday 9.11. from 18-20 in Pixelache office, Cable Factory, when Dave Griffiths returns to present the award-winning Naked on Pluto project, a Multiplayer Text Adventure on Facebook, that "explores the limits and nature of social networks from within, slowly pushing the boundaries of what is tolerated by the companies that own them, carefully documenting this process as we go". It was developed during a shared residency at NIMk, BALTAN Laboraties and Piksel, between June and November 2010, by Dave Griffiths, Aymeric...
Lue lisää
Projekti: Virtuality, Social Identity and Augmented Reality 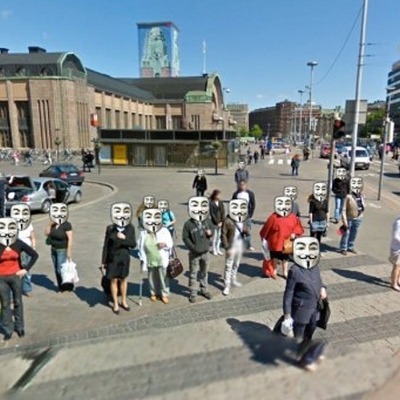 This online study group relates to practices, projects and communities engaged with the creation of digital tools and protocols that facilitate autonomous user control over the data that constitutes digital identity and digital behaviour, and the exploration of the interfaces between public / private, personal / social and real / virtual. We will look at a range of existing and planned projects, and come to an understanding of the theoretical underpinnings and practical possibilities. This theme was proposed by Owen Kelly (Arcada University of Applied Sciences, Aalto University Art...
Lue lisää
Julkaisu: 6th Stop of Virtuality Grand Tour 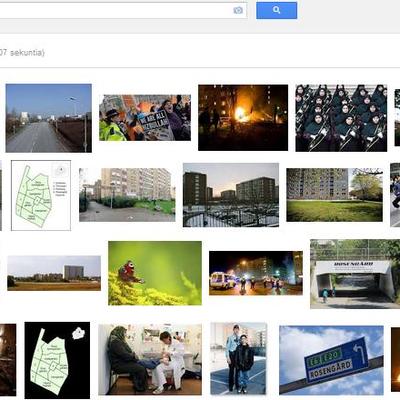 The 6th Stop of Virtuality Grand tour isPegman går i Rosengård - Google walk in virtual Malmö, taking place on Tuesday 17.4. at 18.00 EEST/+2 GMT. Artist Mikko Lipiäinen invites you to a dérive, an unplanned psychogeocraphical journey in the online media landscape of Malmö’s city district Rosengård, which have served as an example of failed multiculturalism for international audience ever since Fox News reportage of its muslim immigrants went viral 2005. As both analytical and playful, dérive can be useful for study effects of the environment on the emotions and behavior of individuals and...
Lue lisää
Julkaisu: 7th Stop on Virtuality Grand Tour: G+ Hangout 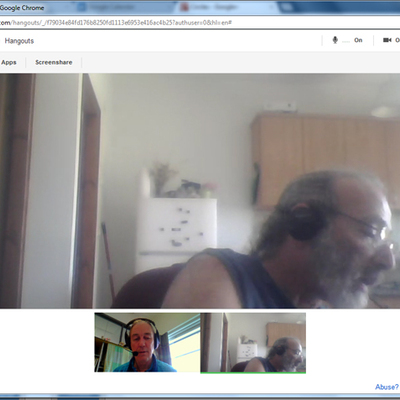 Wednesday May 2nd, 18:00-19:00 EEST/GMT +2 In the 7th Virtuality Grand Tour Stop (and last before Camp Pixelache Virtuality gathering on 11.5.) we are going to play with a toolkit from Google: the G+ Hangout, led by Owen Kelly. Hangout allow to to screenshare, to coordinate Slideshare and YouTube and play group games. We will be looking at the possible value of G+ Hangouts as a pop-up learning resource, with a view to its use at Camp Pixelache and beyond. At first glance it seems much better than Skype or Twitvisio, but to find out if this is actually true or not we need a test team willing...
Lue lisää
Julkaisu: 5th Stop on Virtuality Grand Tour

The 5th stop on the Virtuality Grand Tour* is upcoming tomorrow (!) Tues. 20.3. at 18.00 EEST / +2 GMT. Jon Paludan, artist-gamer from Copenhagen, invites us to an open google spreadsheet, as a free game world. Here you can make your own area the way you want, although anybody can also change this public space. When you have to make all from scratch, it becomes clear that online culture is both open and closed, private and public. Such a space could give a clue on what kind of control an open space needs to work, what do we want to play. Again the event will last for 1 hr, and we begin in...
Lue lisää
Julkaisu: Join us for 4th stop on Virtuality Grand Tour! 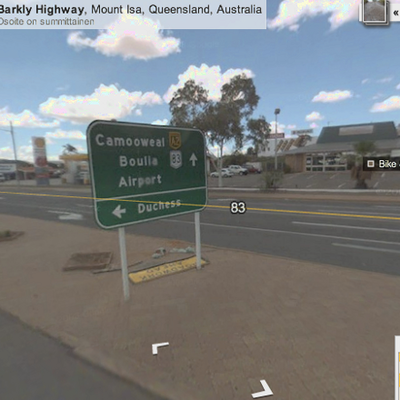 The 4th stop on the Virtuality Grand Tour* is upcoming tomorrow (!) Tues. 13.3. at 18.00 EEST / +2 GMT. This time our host and tour guide is Sari TM Kivinen, a visual artist working mainly with text, performance, and video, who is interested in the relation between (auto)biography, fiction and identity construction. She will present to us an Australian mining town called Mount Isa online via various links and google maps. She has never physically been there, but her research has revealed that in the early to mid 1900s a high percentage of the town were Finnish immigrants, and Finns had a...
Lue lisää