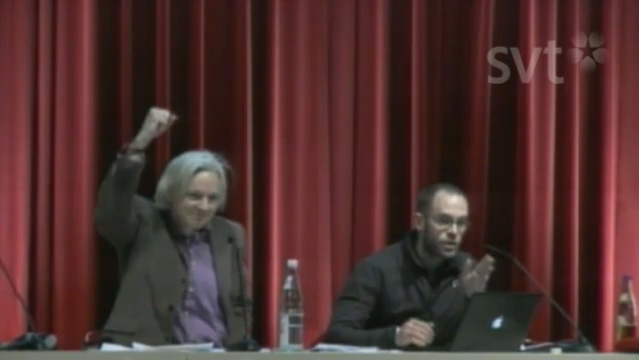 
The Swedish National TV has a perfect timing -

They have been following the Wikileaks project during the past 6 months and screened the ready documentary last Sunday. It can be found online in good quality with narrative in English in this address for still a couple of more days (until Dec 16):

What is really great about this documentary is that it addition to following on the trails of Assange, it also gives a substantial amount of attention to other people and organisations involved in the project. It shows that Wikileaks did not just appear from nowhere but is really a fruit of a large and diverse ecosystem which is kept alive and constantly developed by a multitude of hackers and activists.

The documentary features, amongst others:
- Daniel Domscheit-Berg, who comes from Chaos Computer Club background
- PRQ, the swedish hosting company of Piratebay et al
- Birgitta Jonsdottir and others from Iceland, who were motivated to join Wikileaks after it exposed the rotten core of Icelandic banking system

Many of these people have been mentioned in some of the articles dealing with Wikileaks, but it's a different thing to hear them speak about their motivations themselves.

Anyway - if you don't manage to see the documentary now then no worries, it will definitely be available as a torrent in no time ;)