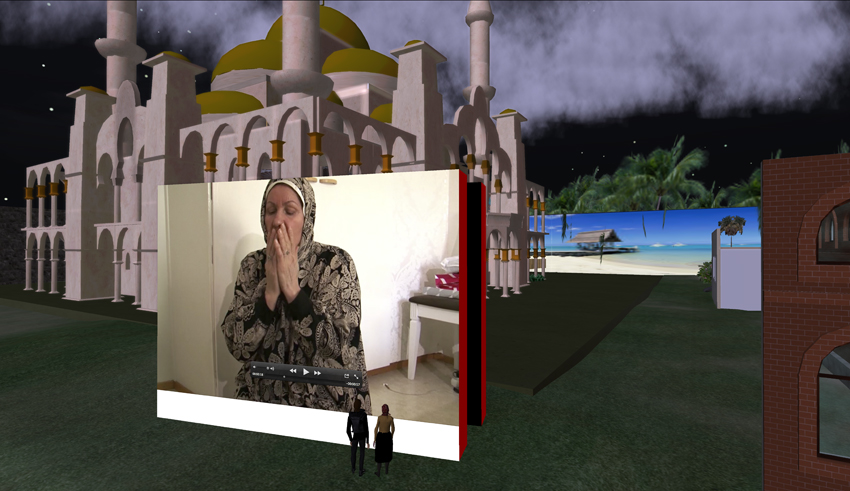 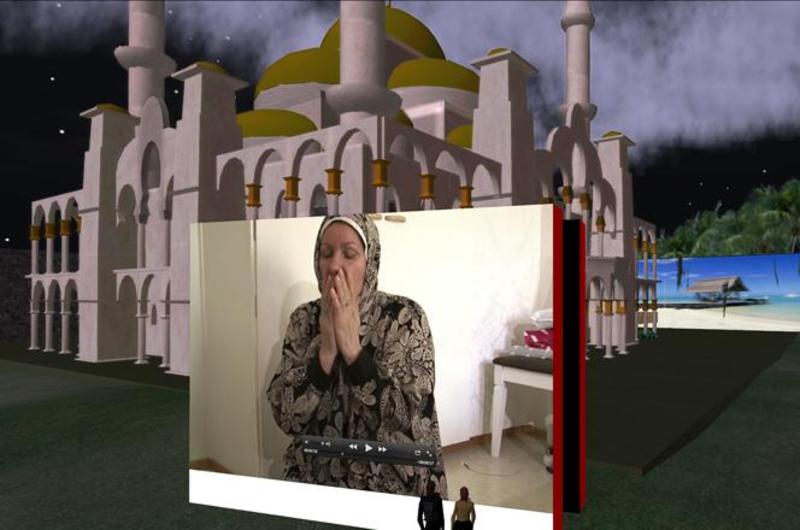 On next Thursday there is a chance to see  Pekka Niskanen's new documentary Virtual War which is filmed partly in online virtual reality Second Life.

In the film Chechen refugees living in different corners of the world try to build a virtual Chechnya in Second Life. During the process conflicting desires will inevitably collide with each other and reality. The film tells also a story about Chechens from Istanbul seeking to enter Finland and their everyday life in a refugee center located on the ground floor of a mosque.

The main characters are Hazman and her family, refugees ended up in Finland and a Finnish-Swedish activist Michael Storsjö who has helped the family. Michael became a public figure after offering server space for Kavkaz Center, an Islamic Chechen resistance's website. Kavkaz Center had time to be only one day on Michael's company's server before Finnish Security Police contacted Michael by Ministry of the Interior's request. Finally, Michael had to move the server to Stockholm under heavy pressure.

The film shows how Michael's actions for supporting the Chechen resistance have run into a hard criticism. Criticisms have been voiced above all by Dr. Johan Bäckman and Pastor Juha Molari. Bäckman has been interviewed often by Russian Russia Today channel, which is considered as a representative of Putin's and the Kremlin's views.

In the virtual war the political media battle is fierce and passionate.
Virtual reality is real and war is not just virtual.

Director of the film, Pekka Niskanen is a media artist and filmmaker, whose works have been displayed around the world. Since the beginning as an artist in the 90's Niskanen has used movies and especially video as his medium. Niskanen has also organized exhibitions for Finnish museums and art associations and served as a lecturer in University of Art and Design Helsinki, Academy of Fine Arts and the Tampere University of Applied Sciences.

The film has English subtitles and will be presented also in 12.03.2012 in YLE TV1's Documentary Project. Virtual War is produced by Illume Oy.

If you are interested in this, you may also wish to follow Pixelversity theme Virtuality, Social Identity and Augumented Reality