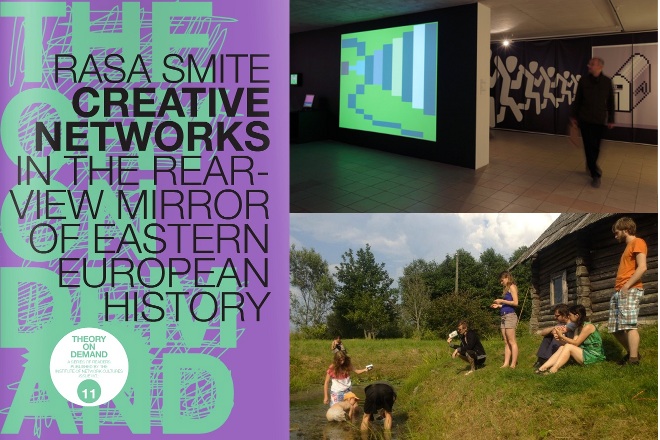 During mid-February 14-15.2. Rasa Smite & Raitis Smits from RIXC (Riga Centre for New Media Culture) were invited to Helsinki, creating and contributing to two events, open to professionals, researchers, students and other interested persons.

The first, a lecture by Rasa Smite on 'Creative Networks - from open ideas and collaborative explorations to sustainable practices', will take place Thursday 14.2. from 17.00-19.00 at Aalto Media Factory auditorium. See abstract below.

Secondly, the following afternoon, join an open round-circle discussion with Rasa Smite & Raitis Smits on Friday 15.2. from 13.00-16.00 at AV-Arkki office, about 'media art histories' from the perspective of organisations, researchers or practitioners archiving and representing their own practice. Welcome to bring your own examples, share experiences and ask advice from the circle.

RIXC have been long-term collaborators with Pixelache since 2004, most recently in the Renewable Network & Techno-ecologies theme. Furthermore, Rasa Smite & Raitis Smits are co-organisers of the upcoming international Media Art History conference that will take place in Riga in October 2013.

Both events are organised as a collaboration with Aalto ARTS Media Research (Rasa Smite is invited by the Media dept. Doctor of Arts seminar programme), in cooperation with AV-Arkki, and takes place as part of the Pixelversity 2013 programme.

In this lecture I will look at transformations that 'creative networks' have undergone since the early days of Internet culture during the roaring mid 1990s, in order to discuss the influences and the potentials it contains for developing sustainable practices today.

It is not just a coincidence that the artists who once were active contributors of pioneering Internet culture, today are among those, who are in the vanguard questing for a more sustainable future. On the one hand, by tracing back the line of creative networking into the 90s, I would like to analyze the particular facets of early Internet culture, such as process-based art practices, collective explorations, autonomous and shared infrustructures, new social dynamics and feedback creation as well as other collaboration experiences, -- as they contain innovation potential that can and shall be exploited today. On the other hand, my study of pioneering network cultures reflects also on the larger changes in the social structure of our society, who in the last two decades has been influenced by both - rapid "techno-scientific" development and "techno-social" transformation.

Hence, the growing tendency in contemporary media art to address and work with sustainability issues is not just a new trend, but rather, a testimony for an ongoing fundamental shift from a "techno-scientific" to "techno-ecological" paradigm. In order to show this transformation, I will be introducing and analyzing sustainable practices of Renewable Network artists, including our own work at RIXC, thereby also making more concrete the outlines of the suggested "techno-ecological" paradigm.

top-right: net.art.lv - We are on the Net - exhibition in RIXC Gallery / kim? / Spikeri (2010), curated by Raitis Smits and Rasa Smite: http://www.rixc.lv/projects/netart/photo.html 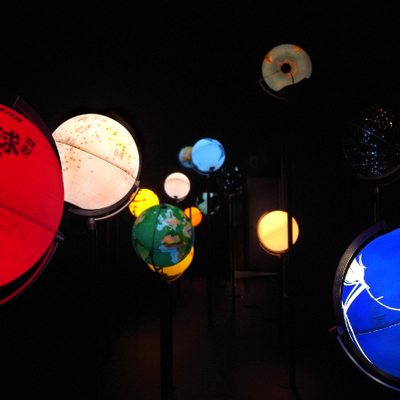 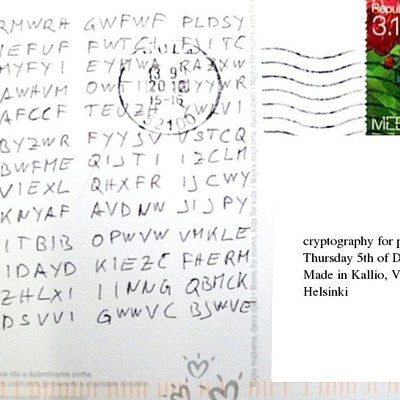 A workshop by Markus Decker and Peter Wagenhuber Date: Thursday 5th of December 10-16h Place: Made In Kallio, Vasankatu 14 Helsinki. The workshop Cryptography for Postcards introduces the basic principles of cryptography and cryptoanalysis with collaboratively created handmade ciphers and postcards. Cryptography as a means of secure transmission of information is a technology applied since the earliest days of human information exchange and did not loose significance. On the contrary, the current revelations concerning comprehensive surveillance and the resulting discussions about privacy...
Read more
Post: Yeastograms workshop: Still a few places!
There are still a few places left for the yeastograms workshop (9-11.12). We extended the deadline for signing-up till this friday 6.12.More info
Read more
Post: Cryptography for Postcards workshop 5.12
There is still room in the workshop Cryptography for Postcards to be held at Made in Kallio on 5.12. If you'd like to create encrypted messages to Santa/Joulupukki, relatives and enemies, read more and sign up here!
Read more
Post: Yeastograms workshop 9-11.12.2013 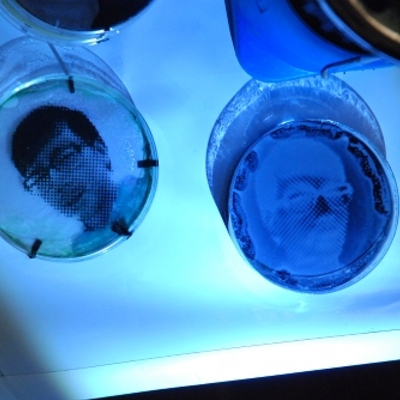 A bioart workshop with Lucas Czjzek from the Bioart Club pavillon_35 (Vienna, Austria). Yeastograms are alive images out of yeast cells and produced in a photography like process. The yeastogram method has been developed by artists and scientists of pavillon_35. Lucas Czjzek, one of the developers, used this method for his work ANIMA. During the 3 days workshop Lucas Czjzek from the bioart club pavillon_35 is showing a method to cultivate baker’s yeast and how to shape the cultivation according to aesthetic and artistic decisions. The workshop explores the utilization of living organisms in...
Read more
Post: RIXC hosts 'Techno-ecologies' 13th Art+Communication Festival, Riga 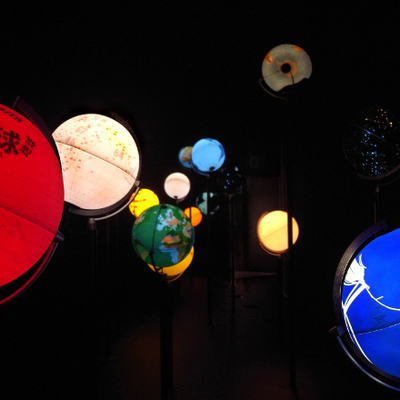 'Techno-Ecologies' is the theme of this year's Art+Communication festival in Riga, Lavia, that explores how we inhabit the deep technological spheres of our everyday life. From Friday-Saturday 4-5th November a conference will facilitate a discussion between artists, theorists, designers, environmental scientists, technologists, responsible entrepreneurs and activists to develop this perspective. Diversity, social and ecological sustainability, and a much deeper understanding of technology as an extension of our desires are the building blocks that we want to bring together to build a...
Read more