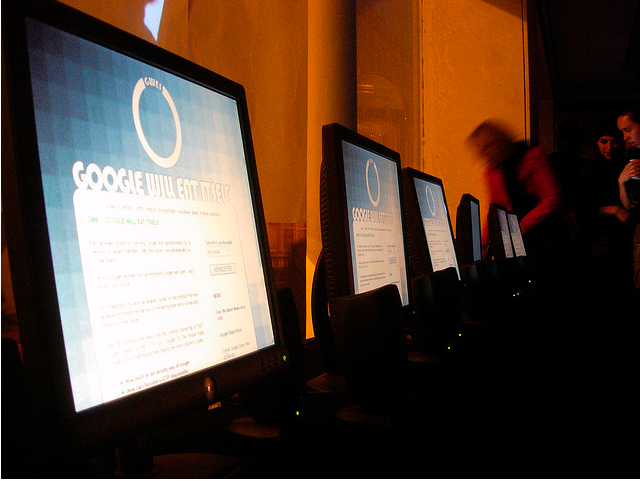 
« Internet as a space of creation »
Anne Roquigny, media arts curator, has specialised during these last ten years in the production and curating of hybrid digital projects linked to sound, visual arts, flow, networks and to the Internet. After devising and organising for 3 years (1995-1998) the cultural programs of events of the Web Bar, an internet café cum art gallery in Paris (http://www.webbar.fr/), she joined in 1999 the CICV Pierre Schaeffer, one of the first French new media centers where she was working as artistic co-ordinator and curator of the international urban multimedia arts festivals Les Nuits savoureuses and Interferences and then as co-director of the center with Pierre Bongiovanni. From 2002 to 2004, Anne Roquigny was in charge of the general co-ordination of the preliminary project for the future Digital Arts Center in Paris, dedicated to digital production and to electronic music, at la Gaité Lyrique (http://www.la-gaite-de-paris.info/). Anne Roquigny is now developing the web performances project WJS (http://www.wj-s.org) and co-coordinates with Peter Sinclair and Jérôme Joy the Locus Sonus research laboratory (http://locusonus.org) specialized in audio art and it's relation to space and networked audio systems.