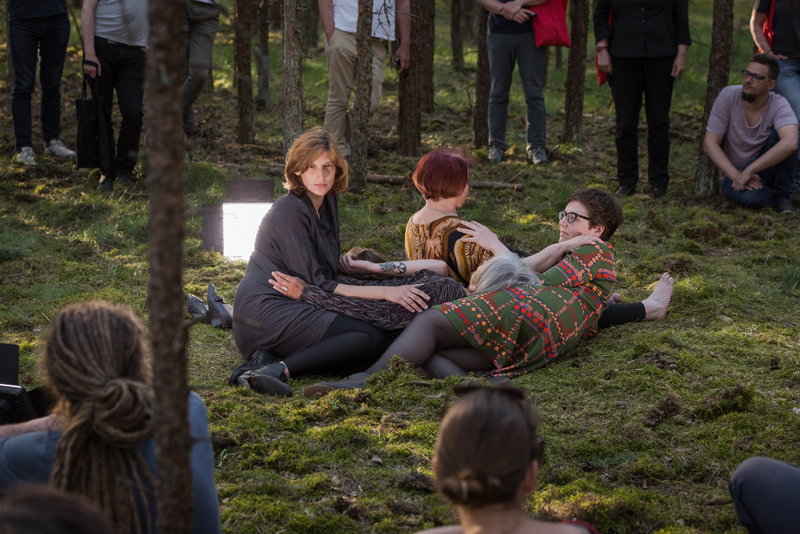 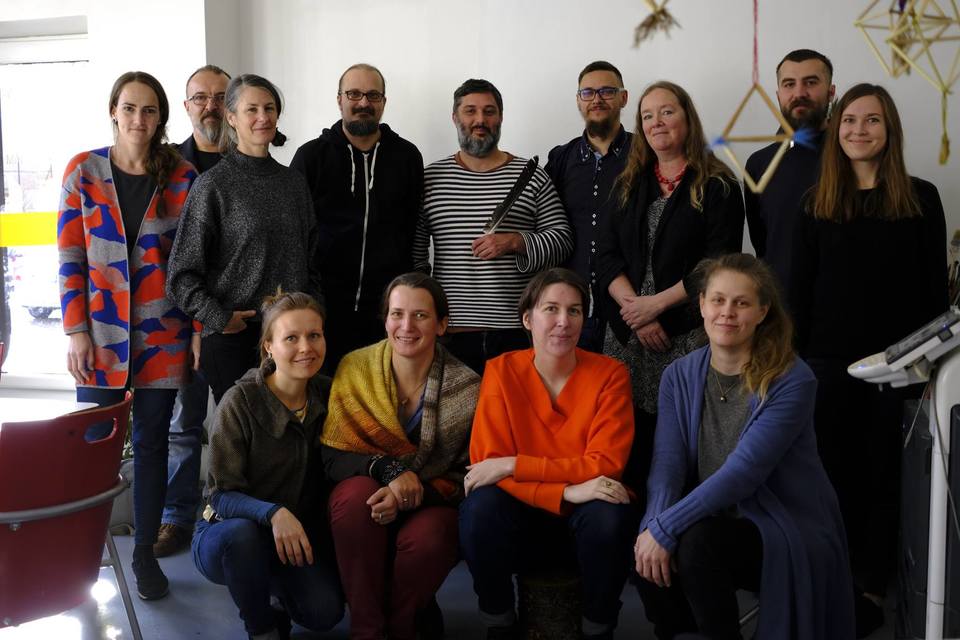 Since Autumn 2017 Pixelache has been a partner in the Inter-PAGAN Network, one year of curatorial, artistic or cultural research and exchange between art and culture organisations from Baltic-Nordic countries, Poland and Scotland, let by Nida Art Colony. Inter-PAGAN aims to develop shared understanding, competence in practice, research & pedagogy about where localized cultural heritage traditions meets contemporary art, music, new media, heritage-craft  & politics in Northern Europe. The network's activity peaks at the Inter-Format 2018 Symposuim on Rites & Terrabytes in Nida, Lithuania, around midsummer, 20-24th June, 2018.

We promote and encourage you to consider the open call for proposals of pre-symposium production residencies and contributions to the symposium. Deadline comes soon: 15th March. See how to apply here

"Rites and Terrabytes’ refers to the peculiar situation where we increasingly feel or desire a connection with rituals and practices of old despite living in a profoundly mediated ‘post-contemporary’ world. In other words, to reconcile the imagined universes of archaic rites and the ubiquitous terabytes of digital information, we need some firm rooting and grounding (terra), whether in our surviving local indigenous culture or in some newly engineered indigeneity.

We welcome contributions to the Symposium programme by visual and sound artists, cultural practitioners, researchers and theorists who critically revive, reinvent, question, and facilitate traditional knowledges, practices and beliefs, (post-)folk culture, as well as notions of indigeneity and localism within the field of contemporary art and culture. The Symposium is scheduled to take place in Nida, Lithuania, around the traditional Lithuanian Midsummer celebration (Rasos) on June 21–24, 2018.

It is argued there is notable widespread disaffection with the ‘neoliberal’ globalisation processes and the perceived obliteration of national cultural distinctions. These sentiments have recently led to a reactionary and conservative retreat into essentialist notions of ‘indigeneity’ and ethnocentric cultural superiority in many countries across Europe, including Lithuania and the rest of the Nordic-Baltic countries. This is a topical subject as the Baltic States and Finland celebrate centenary anniversaries of independence throughout 2017-2018. The dangers of xenophobic idolisation of traditional national culture are not new, but their new forms and contexts suggest it might be the time to consider them again in the field of cultural politics.

However, ages-old ‘indigenous’ ways of thinking and making can also inform and inspire much more inclusive, critical, and progressive contemporary practices. There is indeed a trend of reinterpretation of all sorts of cultural archetypes inside and outside the white cube. In particular, these new artist-led approaches seek to place traditional knowledge within the context of the emerging concerns and challenges the humankind faces, such as the issue of the Anthropocene, climate change/breakdown, gender and species equality, eco-centric thinking and displacement. Other strategies may instead focus on what could be the appropriate language and meaning of ‘folk culture’ today.

What can we learn from contemporary art, music and new media, as well as inter- & transdisciplinary hybrid practices that reinterpret older ways of creating, making and doing into new forms, incorporating them into new rites and rituals that constitute our contemporary ‘native’ culture? Does the omnipresence of smart digital devices and social media signal a new form of pantheism?  Can one’s roots become universal, timeless and de-territorialized, but at the same time resist vague mysticism and lifestyle trends? How is our relationship with nature, our ecosystem, and gastronomy going to change in the future? What is perceived as ‘authentic’?"