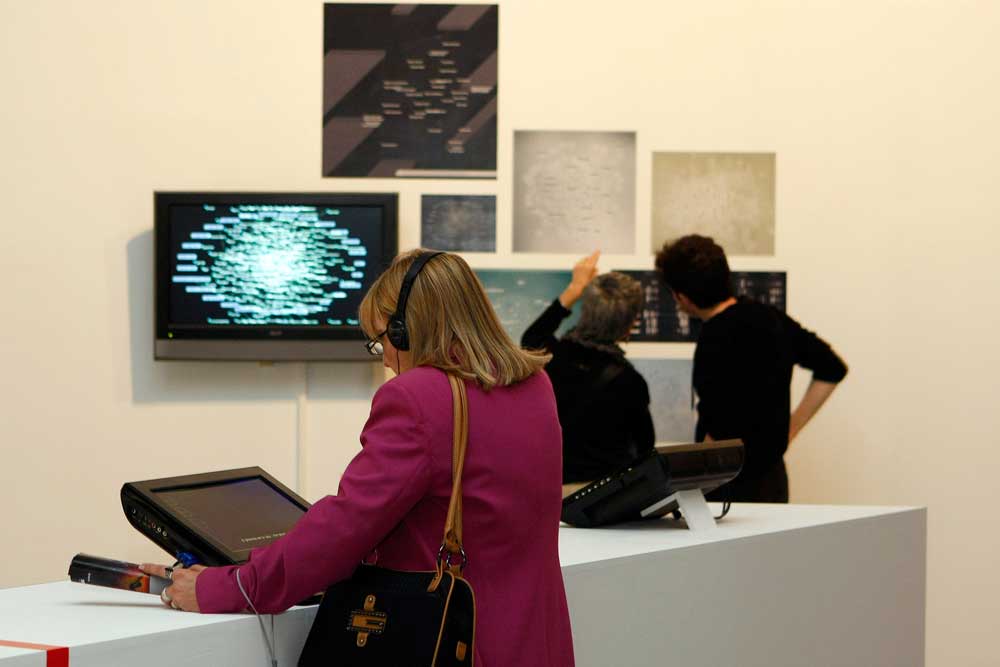 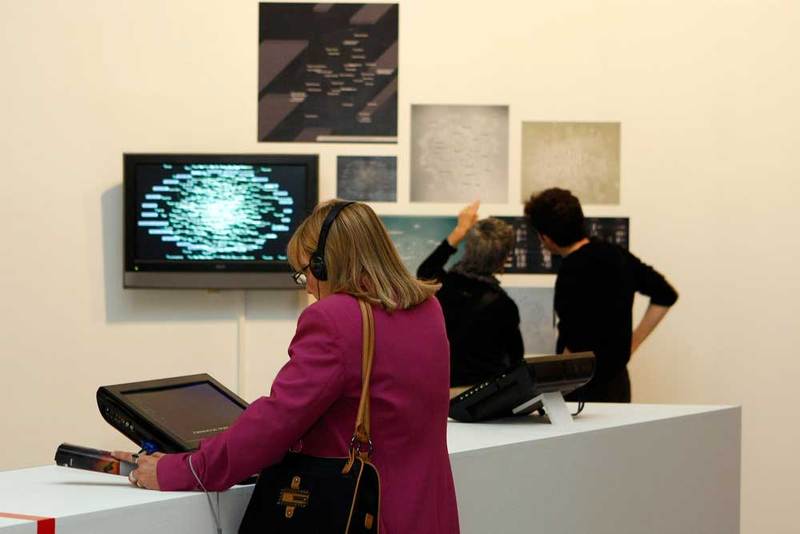 map me if you will - practice mapping
31 October 2010,
Photo: Practice Mapping in the Process as Paradigm exhibition (background)

This is my first blog entry, one of many I hope. As a guest curator of Pixelache I am happy that I can contribute to not only the program but also to the discourse around it. I will make use of the blog to inform you about the specific program I am working on for Pixelache. In the following months I will not only explain what we will come up with eventually, but also point you to projects and writings that relate to 'map me if you will.' The idea behind this procedure is to make more transparent how this program comes together, and to use this platform to collect information on a broader basis, even if the program will be more constrained because of practicality.

It might be good to start explaining how the idea for 'map me if you will' was born. In 2009 and 2010 I worked on the exhibition Process as Paradigm for LABoral in Gijon, Spain which was on show until August 24 this year. The show centered on art 'in development, movement and flux' and brought together different kinds of live processes developing over the course of the exhibition. When working on the concept for the show it became clear to me that I did not want to create a typical art-center-like exhibition, but a more open and dynamic event. A way to achieve this was to integrate an interactivos? workshop that was organised in cooperation with MediaLab Prado.

The process as paradigm workshop took place shortly before the festival and aimed at the development and production of 7 projects that then would be shown as concepts, prototypes or completed works in the show. One of the projects was Practice Mapping by Wouter Van den Broeck and Marco Quaggiotto. In the workshop they collaborated with Abelardo Gil-Fournier and anthropologist Sandra Fernandez Garcia.

Practice Mapping is a method to map social activity within a group of people. Every workshop participant was asked to wear a RFID chip as soon as they would enter the workshop space. In addition, particular places and objects were tagged with an RFID. Over the course of the workshop, Wouter and Marco could now track the movement of the people in the space. Moreover they gathered information about the participants through a questionnaire. They then made links between the collected information and people's activity within the group and visualised these as maps.

What became visible of course was how intensively some people worked together and also who was communicating with whom. Enriched with the data that the questionnaire generated, these patterns became more interesting, but posed more questions than they could answer.

Clearly, the method is not complex enough to interpret human behaviour and its motivation, but it is able to visualise the dynamics of communication in a group of people. At this point, Van den Broeck will have to decide whether Practice Mapping could simply become a tool helping to understand group dynamics or if it can go beyond that, also at the level of visualisation. More detailed information about Practice Mapping at Process as Paradigm workshop can be found in the workshop forum.

Practice Mapping made me curious to see if there are other artistic approaches to 'social mapping' and how this field relates to the practice and aesthetics of data visualisation.