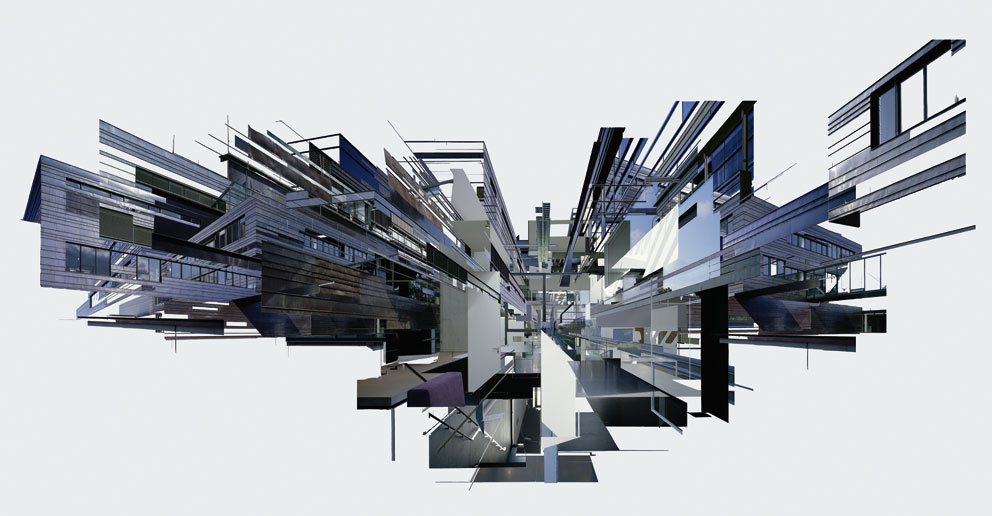 Artist presentation: Benjamin Maus (Nov 30th)
29 November 2010,
Benjamin Maus, a Berlin-based artist and designer (http://allesblinkt.com) will give a presentation in Helsinki on November 30th at 16.30. The event is organised jointly by Aalto University and Pixelache, and is related to the upcoming Computational Photography theme of the 2011 festival in Helsinki.


Benjamin Maus has done several internationally acclaimed media art projects such as ‘Extracts of Local Distances’, a computational photography project where architectural images are analyzed and recomposed to form images with new perspectives; and Perpetual Storytelling Apparatus, which is a drawing machine illustrating a never-ending story by the use of patent drawings.

The presentation is about several of his projects, including ‘Extracts of Local Distances’, a collaboration between Frederic Gmeiner, Torsten Posselt and Benjamin Maus. (http://www.localdistance.org)

Benjamin Maus was born 1984. Early in his life he started taking apart apparatuses and used BASIC as a tool for generative graphics. He began his studies 2005 at the University of Applied Sciences Schwäbisch-Gmünd. In 2008 he moved to Berlin to continue his studies at the Berlin University of the Arts, where he belongs to the Digitale Klasse. Until 2007 he used to be the bass player for the metal band Sepcys.

He likes to work on design and art projects, using code and technology as tools and media. Despite having a very technical background he believes that paradigms and preconceptions of existing and emerging technologies are not things that should be accepted and followed without questioning them. They should in fact be abused and repurposed to the maximum extent possible; and if there is not a suitable tool for a concept, you should create your own. Only that way there can be a public dialogue about the things that inevitably shape our world. For him there is no border between art and design; design is practical art.

The event begins with an update about the Pixelache 2011 Helsinki Festival program. It's open to everyone, welcome!

Organised by Aalto Media Factory in collaboration with the Pixelache Festival.