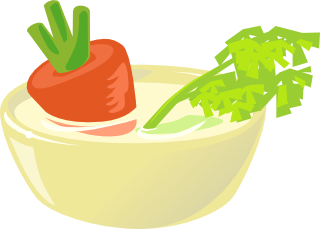 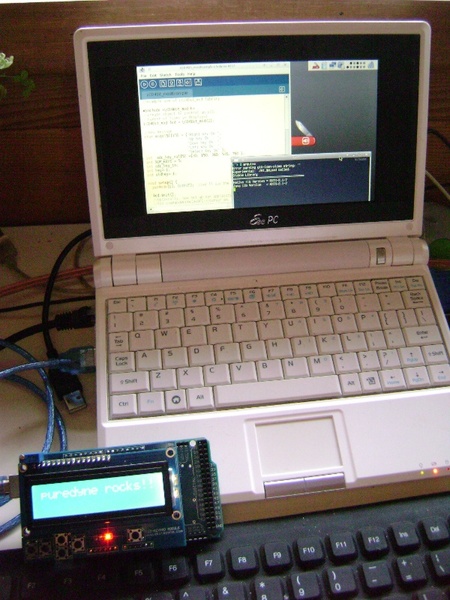 New Puredyne's soup is tasty!
maanantai 15. helmikuuta 2010,
Puredyne, a USB-bootable GNU/Linux operating system for creative media, was chosen as Pixelache Software of the Year, next to another multimedia distribution, APODIO. It's been nearly a month now that the new version, "carrot and coriander", has been released. We've received a lot of positive feedback, making us a really proud and happy crew of developers.

Alex McLean (toplap, slub, runme) decided to use Puredyne as main operating system and explains why in his blog:

"[...] this week Puredyne carrot and coriander came out, and it’s really great.  The kernel is optimised for realtime sound, and jack audio runs solidly without any drop outs, something I haven’t seen before.  My firewire sound works reliably, better than I managed under ubuntu.  It has a really nice logo and clean look, with no plump penguins in sight.  It comes with all the best a/v software beautifully packaged, including all the live coding languages.  The people behind it are super friendly and helpful.  It’s downstream from ubuntu, so all the software is available.  It’s a dream!".

That totally made us blush. We also read that Puredyne "came to the rescue" of Jake Rayson (Openlab Workshops, ZDNET UK Core Techs blogger) during an Inkscape workshop he was leading (of topic but nice detail, the Puredyne logos - the swiss army knife and soup bowl - were made with Inkscape). 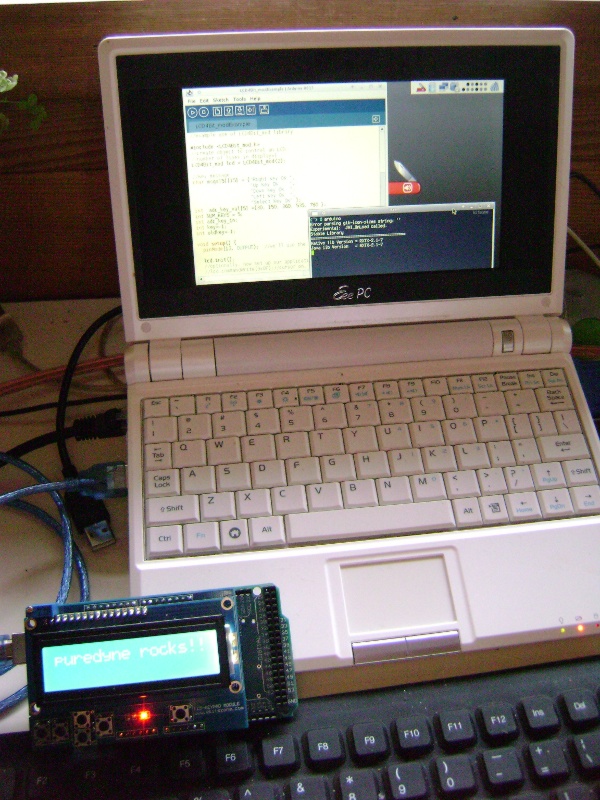 In the release announcement we encouraged other groups to fork and branch our project and build their own live artistic operating system to fit their particular needs. We were very happy to see that this was not left unheard when we saw the Planktum III liveDVD! Using our recipes, Alejo Duque brewed himself a nice Puredyne based distribution that is used for the Bogotrax festival (Bogotá, Columbia). See Planktum in action in the video below:

There are many other really nice blog posts and forums discussions that were forwarded to us, and that was an amazing reward for our work and efforts. Of course, to reach this point it took us quite some iterations and this would not have been possible without the support from Arts Council England. In the past two years, in the form of 4 code sprints, this funding allowed us to experiment with different platforms, work-flows, and generally speaking, gave us the luxury to take risks in order to make, as Geoffroy Tremblay puts it: "an artist tool crafted to be as powerful as possible for the computer artist".

What's next? Well, we have a nice framework, a great team and a lovely community. Our new focus is on the consolidation of some aspects of Puredyne's usability, starting with audiovisual performance tools, something that we will be working on at Pixelache during ... another code sprint! Stay tuned for more information (it haz s-expression-based syntax in it)!

Check out the latest release and more at http://puredyne.goto10.org