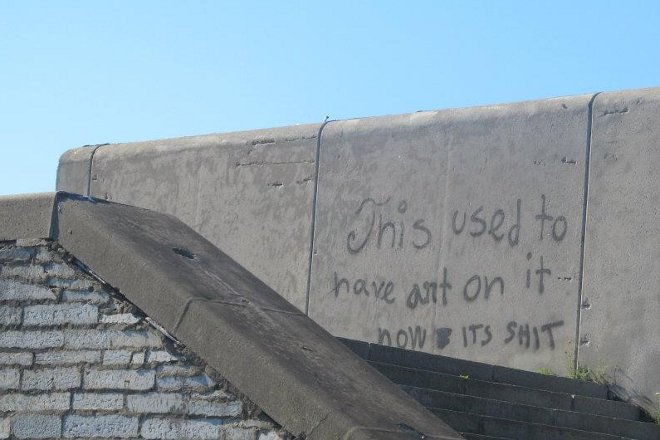 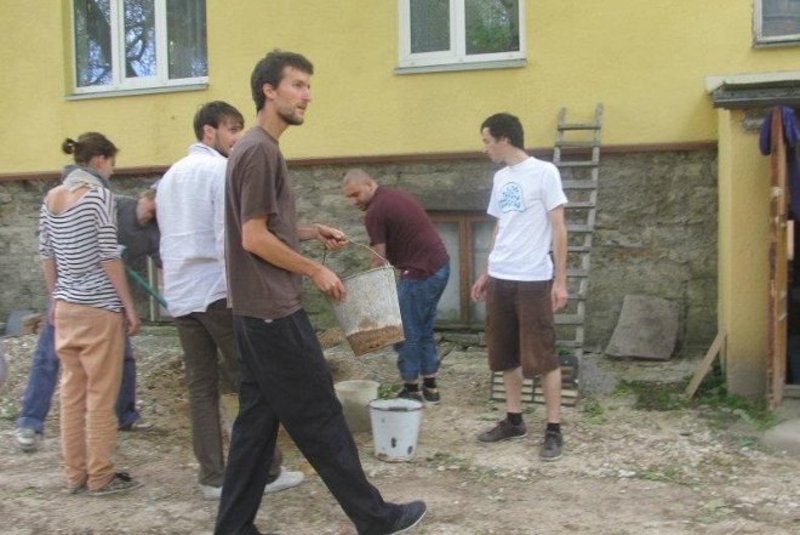 Linnalabor Urban Activism Workshop Report by Vladimir Kekez
perjantai 6. heinäkuuta 2012, Andrew Gryf Paterson
Organized by Linnalabor during 14th - 20th June 2012 in Tallinn, Estonia, an international workshop with a topic ‘Urban Activism in Post-Socialist Cities’ took place. Supported by Pixelaache I was there representing experiences from 2 countries: Finland as place where I live and Serbia as a place of my origin.

As the name suggests, the workshop was exploring questions and issues about urban activism or active urbanism in the post-socialist context, bringing together different people from all over Europe, sharing ideas on how to enliven and make difference in the public space.

The programme and schedule were tightly organized, as work started early in the morning and lasted all the way to the evening. During the first couple of days we were introduced to the situation in Estonia in general, which is not pink at all. We had couple of lectures by local experts (architects, geographers, activists) involved with activities done by Linnalabor and also "guided touristic tours" to places with a specific histories. In fact, everything looks like it is still connected with Soviet times, some things in a good way but most with a bad connotation: Policy and politics related to public spaces are extremely contradictory.

Personally I would say that neo-liberal capitalism with extremely flexible and liberal rules in the market game, as well as denationalization following Soviet times, has affected public space and planning process in general on a really big scale, in a negative way. Money is determining everything, including how the plans are going to be made, conducted and executed. Cultural and historical heritage didn't leave my dear Estonian friends much, except to fight for their right for public space, and the attempt to bring back the spirit of community life in the areas where they live, for example the community action in Uus Maailm. Linnalabor's court fights about some of the plans are a perfect example of how the initiative of a really small amount of people can change perspective in the whole nation.

The workshop was followed by the INURA (International Network for Urban Research and Action) conference, crossfading and interacting at some point, where both participants of the workshop and conference where teaching each other about best practices and situations. The workshop participants made presentations in local areas where their proposals for urban interventions where suggested (in Rotermanni, Lasnamäe and Keldrimäe), and participants of INURA were presenting the best practices from their countries like Finland, Sweden, Poland, Estonia, Britain, Greece etc.

I was invited to talk on a panel discussion considering immigration and migration policies and their demonstrations in public spaces. The participants of the panel showed examples from Greece, Russia, Sweden, Estonia, Latvia and UK. I also had a chance to talk about the situation in Finland. I gained a lot of knowledge from these examples, and I gained perspective to our situation in Finland.

Many thanks to Linnalabor for organising these events!

Vladimir Kekez is living in Helsinki, happily married. He is interested in public spaces, immigration issues and design. He was educated to be spatial planner and GIS analyst. His passion are percussions and he is percussionist of band Afrocola and regular guest on Balkan Fever Helsinki nights. 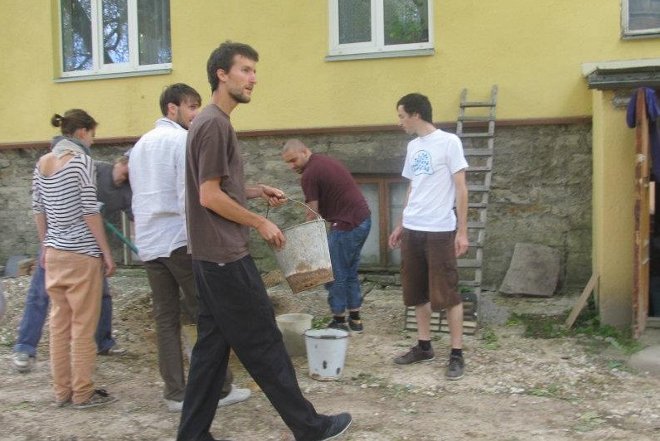