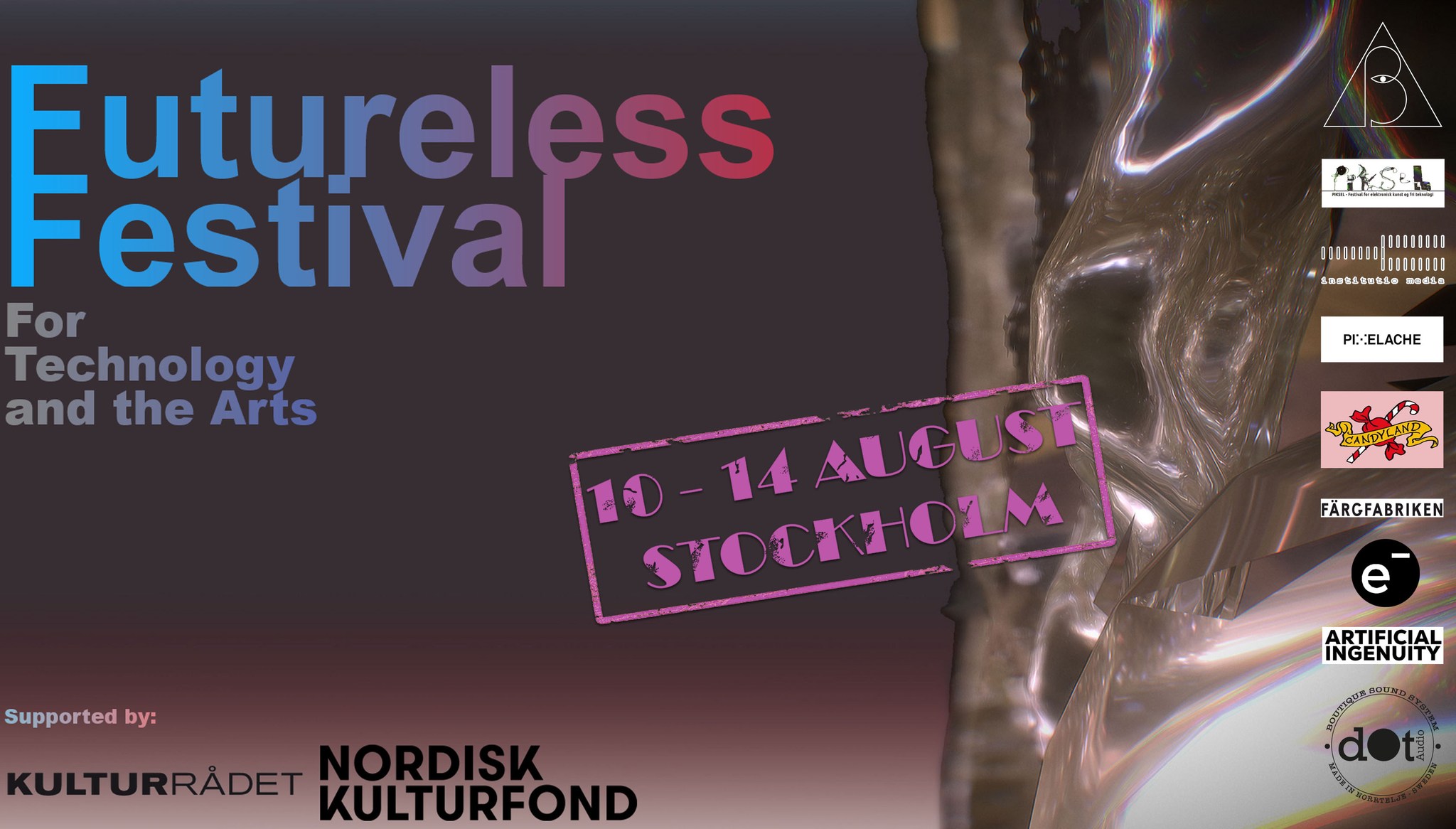 Futureless Festival (FF) is an Art + Technology event happening between the 10th to the 14th of August, 2022, in a hybrid format (internationally through our partners) and various locations in Stockholm, Sweden.


With exhibitions in popular art spaces such as Candyland and Färgfabriken, talks and performances in Blivande, international guest artists and researchers from various countries including our partners Pixelache Helsinki, elektron.art (Estonia), Institutio Media (Lithuania) and Piksel Festival (Norway), Futureless Festival´s goal is to revitalize the Tech + Art scene in Stockholm and the Nordic region facilitating the formation of a network that emphasizes on diversity and inclusion, while critically addressing the role of technology in the construction of our human future. Do not miss this unique event that includes the first dedicated Artificial Intelligence Art show in Stockholm and also an Algorave (Live Coding party)! All events with Free Entrance!

Pixelache Helsinki is contributing to the Futureless festival with talks and Member's artworks. Please feel welcome to join us at the following events:

Pixelache Festival in Finland: 20 years
Talk 16:00 at Blivande on the 12th of August