TileToy is a modular, electronic game prototype for tangible LED game tiles. TileToy brings the flexibility inherent in digital software to a physical tile that people can touch and interact with. By arranging the electronic tiles, players can engage themselves in various kinds of game play, ranging from fast-paced arcade style games to puzzle an learning games.

The tiles are plastic cases approximately 2″ square. The main inspiration for the look and feel comes from the heyday of the LED, when plastic hand-held games ruled the gaming world. This retro-look is fused with a more modern minimal design. The minimalism enhances the magic of cordless boxes that simply communicate with each other. In TileToy, technology is sealed within the design. The interaction is based on tactile experience where no user manual is needed.

The flexible architecture of the tiles makes TileToy a versatile platform for development of various applications from several genres. Compared with traditional tile games TileToy can take advantage of such things as changing state, animations and games where the tiles can effect the state of adjoining tiles. Simple word games can be created where each tile displays a random letter and the players organize the letters into the longest word possible. Numbers and arithmetic characters can be displayed with the player having to arrange the tiles into a sum to give a specified result. Matching games are yet another way the tiles could be programmed to act as a learning aid. Applications can be developed also to utilize the tiles purely for display purposes to show patterns, animations or even live information.

The re-programmable and constantly updated graphical information on each tile is displayed with a LED matrix system. The screen displaying the information is an endlessly versatile surface for updated visual communication. Each tile is controlled individually and can be used to transmit information on its own or in groups of several tiles. The assembled tiles transmit wirelessly their individual position in relation to each other and based on that changing information, a central computer, or a dedicated tile runs the different applications.

TileToy is an open project. Both the source code and the hardware is available via open licenses. This will allow anyone interested to create their own applications and games and feed these back into the community hopefully to spark innovation further. It may even lead to new projects that branch off to make new version of TileToy based on the original hardware. The TileToy process is available from the blog: http://tiletoy.blogspot.com

Web users find products (books, music, web pages) increasingly based on other people’s recommendations. Recommendation systems like Amazon,Last.fm, and Delicious rely on unique identifiers (ISBNs / Amazon Identification Numbers, Music Brainz IDs, URLs) for the products they describe. These identifiers make it possible to point to products online. Small producers such as artists, designers, and crafters, however, do not have an easy access to commercial product codes, and therefore, their work is not equally recommendable online.

Thinglink is an initiative to build a free product code and an open database for creative work. Thinglinks are unique, 6 digit identifiers that anybody can use for connecting physical or virtual objects to online information about them. In other words, a thinglink on an object is an indication that there is some information about the object in the Internet — perhaps a blog post, a website, photos, or some comments on a discussion site.

The purpose of the Thinglink project is to develop the visibility of cultural products in the Internet. For ordinary people it offers an easy way to learn about art or design projects in relation to their makers, materials, production/construction techniques or ideologies. Artists, designers, and crafters can use thinglinks to document and promote their work in the Internet.

At Pixelache 2006, Ulla-Maaria Mutanen will offer of sneak preview to the beta version of thinglink.org, which will be published in April 2006. On this site artists, designers, and crafters will be able to

Orgsmobile.org is a non-profit organisation that is creating the world’s first open source car. Unsworn are happy to announce and produce the first major event showcasing Orgsmobile prototypes and documentation at the Mal au Pixel festival, this April in Paris.

The theme of the Mal au Pixel or PixelACHE festival is the “Dot Org Boom”, the non-profit grassroot new media revolution. The essential ingredients of this rapidly growing phenomenon are open source community, open content initiatives, media activist networks and myriads of NGOs around the world.

At www.orgsmobile.org designers, artists and open-source enthusiasts relentlessly research and collaboratively contribute to the Orgsmobile, the first dot org vehicle. This is an initiative that pushes the limits of Dot Org thinking and also problematise the concept of the Dot Org Boom.

Orgsmobile.org are greatly inspired by the success of open source and open content development styles. By stubbornly pursuing this analogy of open software development and pushing it into the domain of hardware the Orgsmobile endeavor opens up for a discussion beyond the do-good consensus of many open source gatherings. The Orgsmobile is, however, not a parody of open source projects and grassroots development practices. While working the Orgsmobile mechanics run into severe difficulties and limitations of software-style distributed collaboration. But they aim for a very practical goal and sincerely believe that innovative and useful concepts and products will emerge from this seemingly impossible project.

The Orgsmobile community is also producing fresh views on what “building” and “distributing” could mean in the context of open source hardware. While the digital material can quickly be losslessy and infinately duplicated we still are not blessed with the presence of Star Trek-style replicators for physical objects. This points towards possible futures of distributed potentiality: instructables, recipes and executables.

The Orgsmobile initiative is both about questioning preconceptions of personal transporation and pushing the limits of Dot Org collaboration. The Showroom will be more of a kick-off, a mission statement, a conceptual kick in the teeth than a traditional showroom. It will showcase the initial phases of the Orgsmobile inititative. The ape-monkey analysis-comprehension struggle to get to grips with fleeting entities such as traffic, locomotion, personal expression, and transport. All the things. That has to do with cars. This phase is an psycho-social investigation of people’s car related motives, desires and needs; an autopsy and anatomic dissection of the automobile from a technical perspective; and a cargo-culting renewal and re-appropriation of automotive concepts and manifestations.

The Oversteerers of Orgsmobile.org have set their aims high. Their goal for the Mal au Pixel exhibition 2006 is to drive an Orgsmobile from the grounds of Org Industries in the Kingdom of org to the showroom in Mains d’Oeuvres in Paris, France. To accomplish this they are currently recruiting new mechanics.

Welcome to Paris for the automotive feat of the 21st century!

* Cargo Cult, an idiom meaning any group of people making obeisance to something that it is obvious they do not comprehend.

Wikipedia SAYS: “The classic period of cargo cult activity was in the years during and after World War II. The vast amounts of war materiel that were air-dropped into these islands during the Pacific campaign against the Empire of Japan necessarily meant drastic changes to the lifestyle of these islanders as manufactured clothing, canned food, tents, weapons and other useful goods arrived in vast quantities to equip soldiers—and also the islanders who were their guides and hosts. When the war moved on, and ultimately when it ended, the airbases were abandoned and no new “cargo” was then being dropped.

In attempts to get cargo to fall by parachute or land in planes or ships again, islanders adopted a shallow version of the same practices they had seen the soldiers, sailors and airmen use. They carved headphones from wood, and wore them while sitting in control towers. They waved the landing signals while standing on the runways. They lit signal fires and torches to light up runways and lighthouses. The cultists thought that the foreigners had some special connection to the ancestors, who were the only beings powerful enough to spill such riches. By mimicking the foreigners, they hoped to bypass them.

In a form of sympathetic magic, many built life-size mockups of airplanes out of straw, and created new military style landing strips, hoping to attract more airplanes. The cultural impact of these practices was not to bring about the return of the god-like airplanes that brought such marvelous cargo during the war, but to eradicate religious practices that had existed prior to the war.” 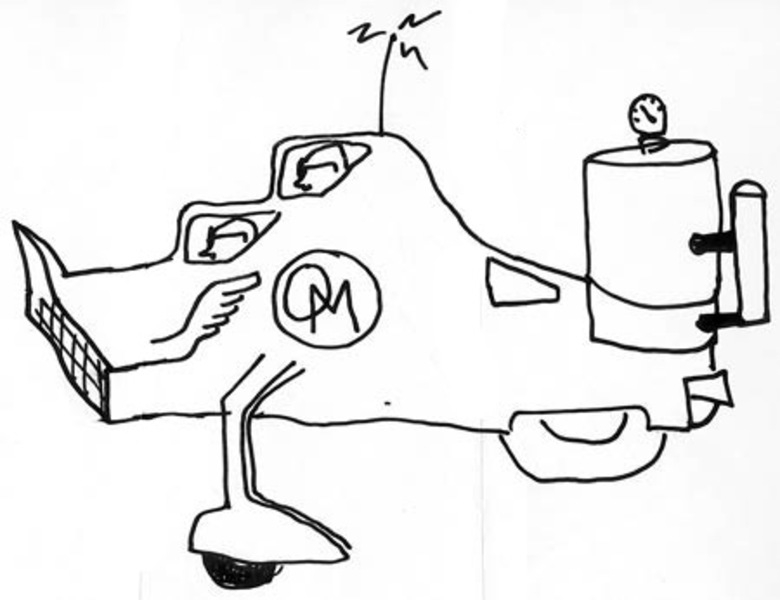 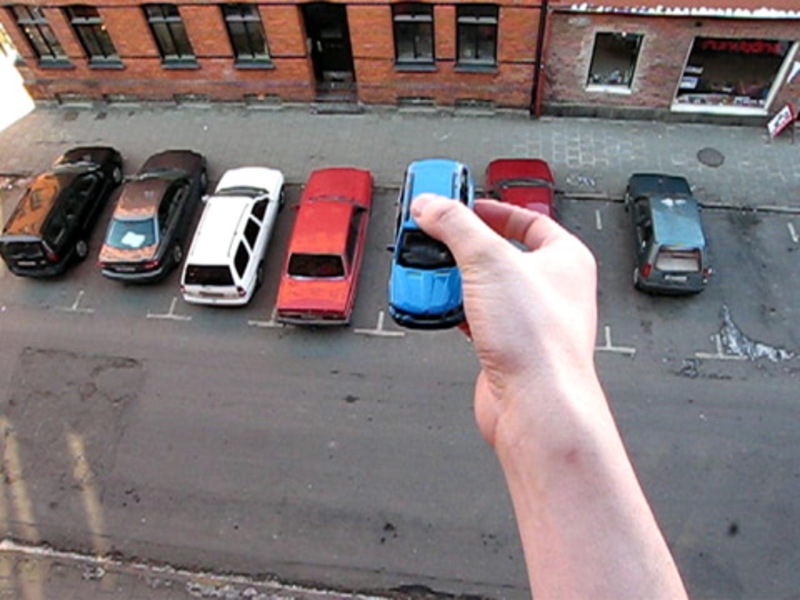 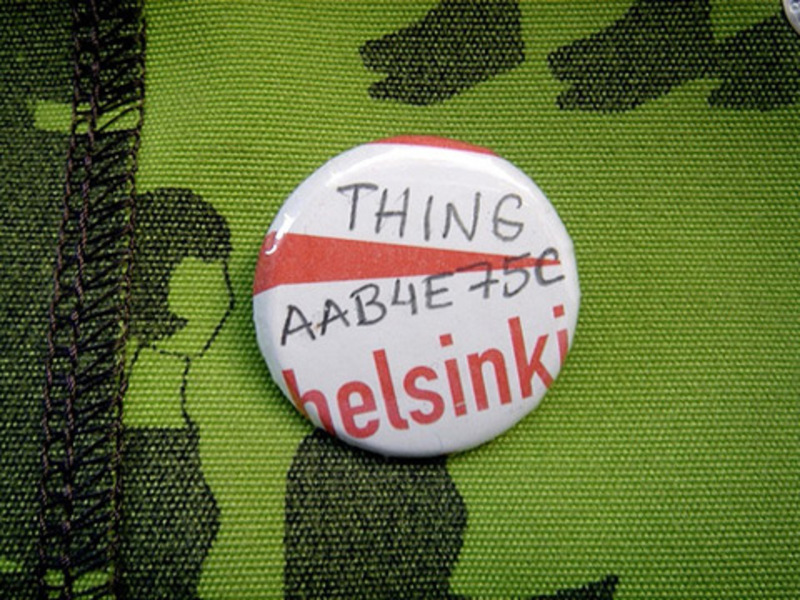