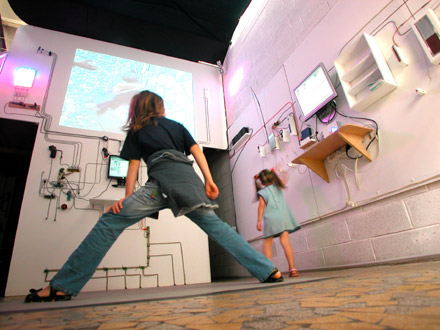 How much do we understand about what is going on inside computers, mobile phones and other mass manufactured digital devices? Not much, would most of the people answer today. This situation is problematic: we should not let the knowledge about the functionality of our everyday communication tools be hidden inside the research labs of big corporations.

How are we allowed to control our personal information? How easy will it be to keep it private, or share it, or archive it for the future? Would it be possible to build electronic devices that could be repaired, and not just thrown away when they stop fuctioning? There should be a diversity of voices involved in the discussion of what kind of devices we need in the future.

Open hardware seminar presents projects and communities that have over the past few years been making knowledge about electronic hardware more accessible. There are many tools that make it possible for artists, designers and basically anyone with sufficient motivation to learn the skills to build interactive machines.

- David Cuartielles (SE), one of the creators of Arduino
Arduino is an open-source electronics prototyping platform based on flexible, easy-to-use hardware and software. It's intended for artists, designers, hobbyists, and anyone interested in creating interactive objects or environments. www.arduino.cc

–  Jean-Nöel Montagné (FR)
Jean-Nöel is the founder of Art Sensitif and CRAS resource center for interactive technologies based in Paris-Saint Ouen. He has also initiated the Bricophone project, an open source project for an autonomous infrastructure for mobile communication, and fluXtation project, an autonomous low cost media studio for media streaming,

- Moderator: Tuomo Tammenpää
Tuomo Tammenpää is a media artist and designer, who has over the past few years become an active electronics hacker. Together with Daniel Blackburn, Tuomo has developed TileToy open hardware game project. Tuomo’s blog: www.misusage.org

Other Pixelache guests who have been involved in open hardware and electronics (and will probably be attending this seminar):

* Physical computing
Physical Computing is an approach to learning how humans communicate through computers that starts by considering how humans express themselves physically. In this course, we take the human body as a given, and attempt to design computing applications within the limits of its expression. (from http://itp.nyu.edu/physcomp )

* Circuit bending
Circuit bending is the creative short-circuiting of devices such as low voltage, battery-powered guitar effects, children's toys and small synthesizers to create new musical instruments and sound generators. Emphasizing spontaneity and randomness, the techniques of circuit bending have been commonly associated with noise music, though many more conventional contemporary musicians and musical groups have been known to experiment with "bent" instruments. (from http://en.wikipedia.org/wiki/Circuit_bending)