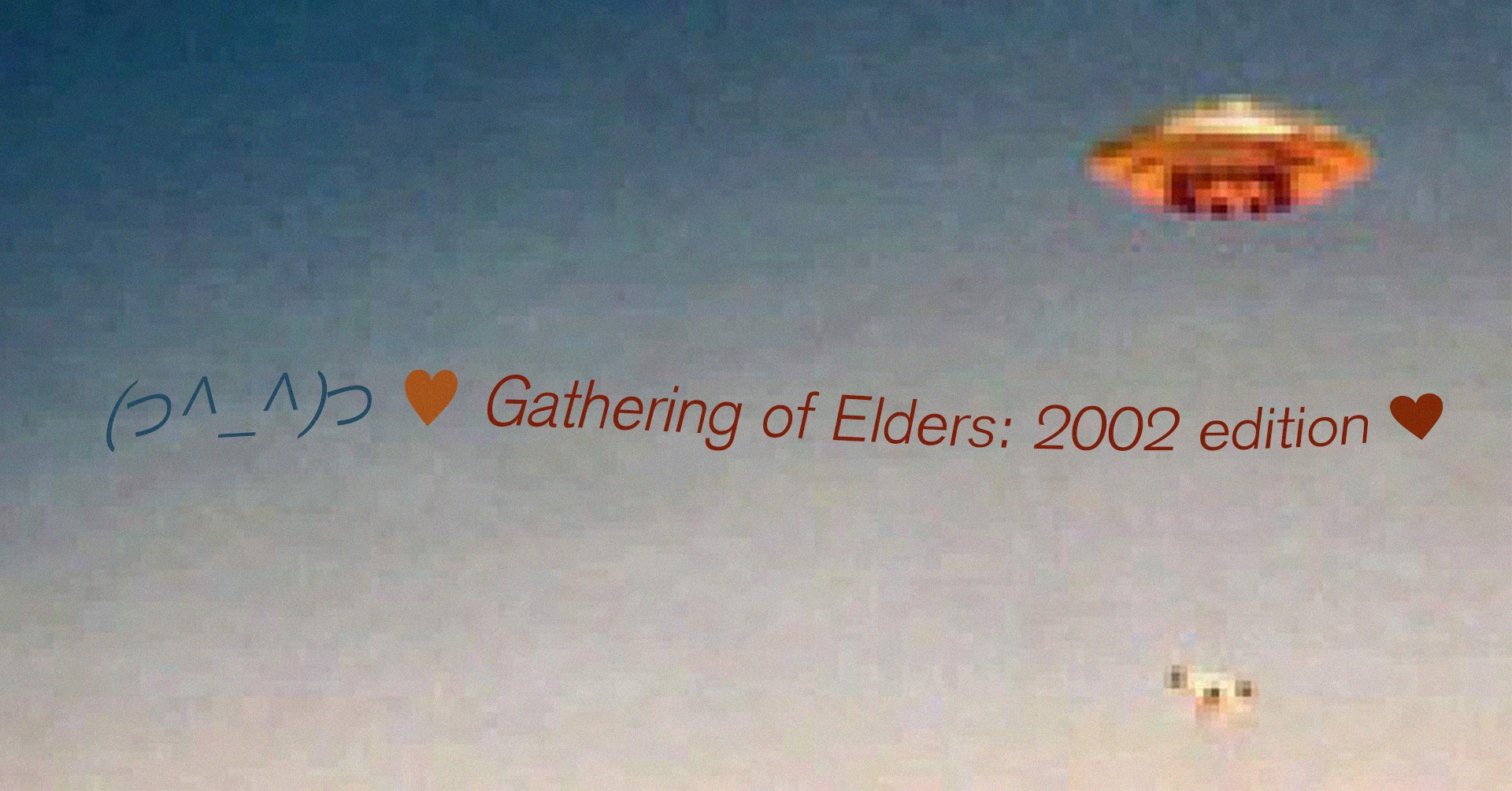 The first Pixelache festival took place during the last week of May in 2002. This Saturday we will reminisce, walk and talk through the various locations of the first festival. The purpose of this wandering is to bring together both the people who partook in the 2002 festival and everyone interested in the near history of electronic art and subcultures.

We will meet at 16.00 in Cafe Java in Lasipalatsi. The upstairs of the cafe used to be a place called Aula, that was the center point of the first Pixelache. At that time, the space was not a café, but a communal space of the Aula cooperative. The Aula cooperative also contributed to the content of the first festival, as they linked together people doing similar things.

Twenty years ago, during the first Pixelache, you could come to the Aula and bring your own computer. Presentations and demos took place, as did discussions and eating together. In the spirit of the time, a DVD Studio Pro workshop led by Jarryd Lowder took place, and AnalogueClinic, led by Tuomas Toivonen, was organised around vintage synthesizers and drum machines. AnalogueClinic ended with jamming together, after which Pink Twins performed using the Framestein software.

Starting from Lasipalatsi, we will walk to Eerikinkatu 27 where the Sauna Bar used to be located. The Sauna Bar was the location for a satellite club called Dotcoma.

From Eerikinkatu, the journey continues towards another bygone nightclub called Mocambo, located at Ratakatu 9. Over the years, Ratakatu 9 has seen several nightclubs come and go, and currently this space in an office building designed by Alvar Aalto is under renovation. With a special permit, we get to see the space from the inside to reminisce what happened there during the first Pixelache. "Certainly there was VJ sets and at least Tuomas Toivonen and O Samuli A performed," recalls festival veteran Antti Ahonen.

From Ratakatu 9, we will walk together, as we would in the early 2000s in Punavuori, to the Merimies Pub at Merimiehenkatu 27 or, weather permitting, to the park at Engelinaukio 5. The latter because, for years, that address has haunted the first festival as the address of the Aula, even though it is not.

In planning this wandering event, we have reminisced about the first Pixelache 20 years ago.

Memories have been supported by Pixelache’s archives, as well as Juha Huuskonen's website at http://www.juhuu.nu/pixelache/2002/pikseli.html